Our travel expert, Parveez Islam's experience to one of India's foremost National Parks .

A cold and chilly morning greeted me at the Sawai Madhopur Railway Station, in Rajasthan. This station is the nearest railhead to Ranthambore National Park and after an overnight journey from Hyderabad, I arrived in Sawai Madhopur ready for adventure. The wee hours of the October morning lent the place an eerie look and a fog enveloped the area.

It was around 4.30 when I reached the quaint guesthouse, Tiger Home, which is run by a local naturalist, Hemraj. The place is very well kept, eco-friendly and has an earthy, rustic feel about it. A hot cup of 'chai' warmed me up followed by a brisk walk around the guesthouse.

I was eager to get on to one of the first jeeps to venture out for the safari and got in one at 7.00 A.M. There were 4 of us in an open jeep that was booked through the guesthouse. Ranthambore greeted me with a beautiful landscape of rocky outcrops, dry grasslands with water bodies scattered around, and ofcourse the sal tree groves! The open landscapes were a treat to the nature lover in me as it was much easier to sight animals and birds. The weather was cool and it was turning out to be a pleasant safari. I love birding and I was really excited to sight the Tree Pie! I had never seen it before, though it turned out to be the most common bird in this forest! I also spotted Brahminy ducks in the water bodies, spotted storks, kingfishers and a host of other birds. We saw a lot of the common langurs as well as sambar herds in the grasslands. 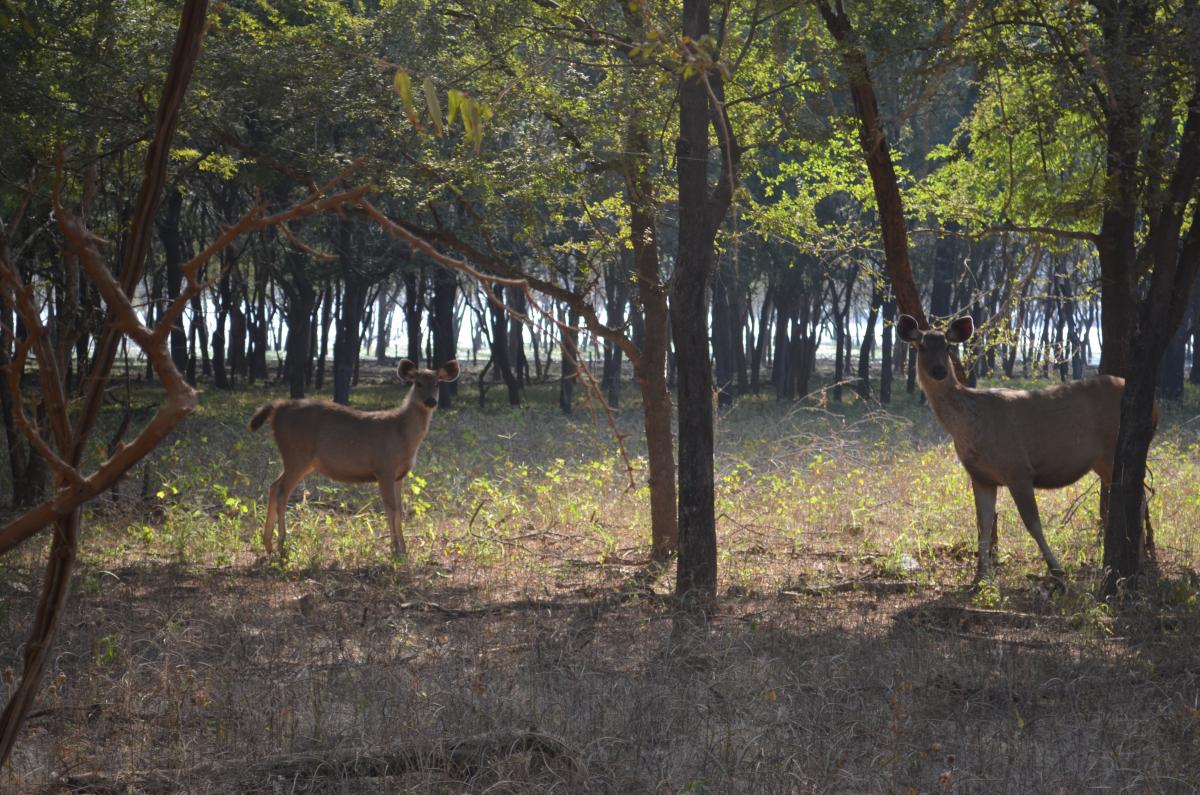 Ranthambore is popular as Tiger Country but to me it was much more, it was home to so many more creatures than the tiger. I wanted to ensure that my experience in this National Park was not limited only to the tiger, though I was excited about sighting one too! The jeep drivers, accustomed to tourists, would neglect all the other animals and only remain in pursuit of the majestic tiger! I had to make them stop at one point to observe a sambar, it was one of those majestic animals that awes you at first sight. The sambar stood its ground looking at me, as if trying to gauge the danger of the situation. It must have felt at ease as it soon started grazing and I could get some great pictures.

My first jeep ride lasted for about 3 hours and at the end of the ride, just as we were heading out of the park, we heard alarm calls from the spotted deer ahead of us and the commotion caused by the langurs. Our driver followed the alarm call upto a clearing and decided to wait for the tiger to appear. Despite waiting there was no sight of the tiger and the alarm call could be heard away in the distance. And that started a cat and mouse game, with the big cat being as elusive as ever! The drama was riveting, with a cast of tense deer and excited langurs performing their parts! And then the climax, the tiger was spotted! 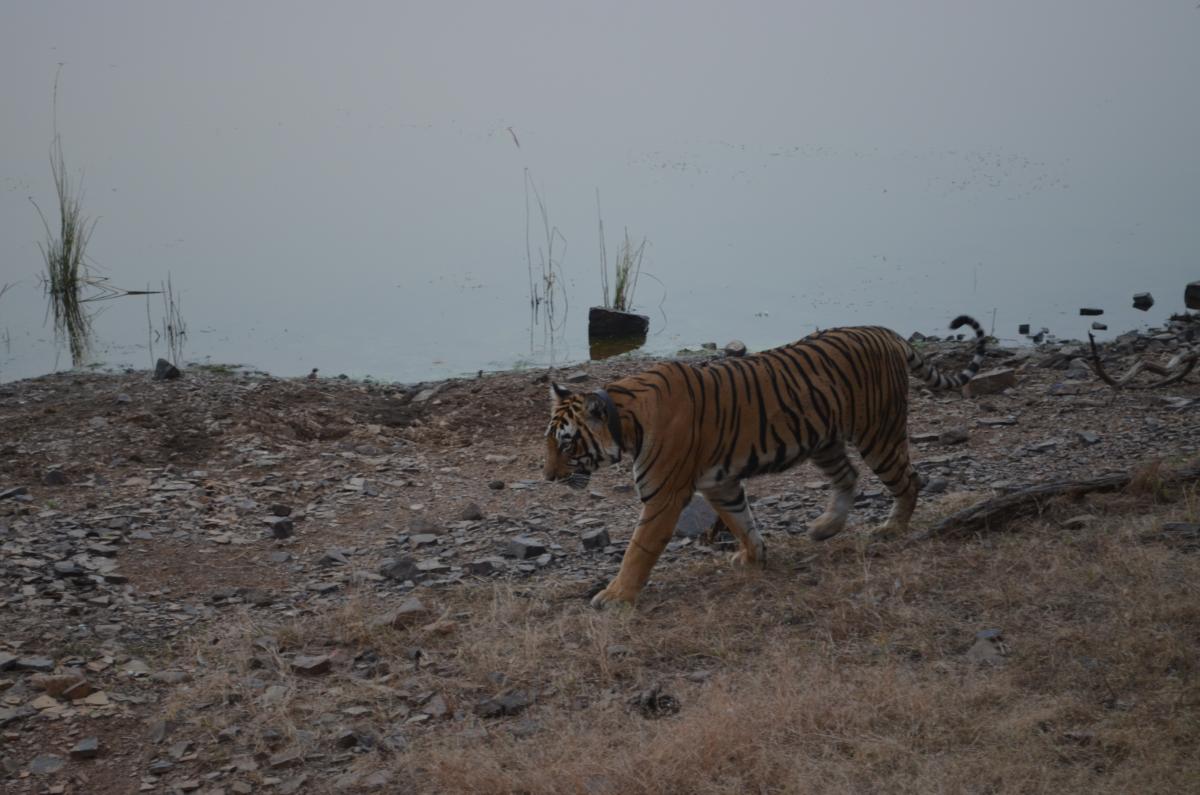 In the grassland was a tiger surrounded by more than 8-10 jeeps filled with excited tourists. I felt a bit disturbed by the hysteria created around the tiger. I felt it was cornered by the jeeps and yet, like the King of the Jungle, it went about its own business. It was oblivious to the commotion like a superstar would be to the adulation of his star struck fans! It stuck around long enough for everyone to capture lots of photographs and then it disappeared into the woods. That was my first tiger sighting in Ranthambore and it only increased my love for the Big Cat.

That was the end of my jeep safari in Ranthambore and I ended the amazing experience with a scrumptious Indian breakfast of Paranthas and yoghurt back at guesthouse. Ranthambore is definitely more than tiger country; it is about the beautiful landscapes, the varied birdlife and the other mammals that create a healthy environment for the tiger to thrive in. I wish tourists were better educated on what to expect on a safari, it would be a better experience for everyone, the animals included!

Inspired to travel to Ranthambore with us? Contact our travel expert at parveez@planetwildlife.com