Mytri Indukuru, discusses her search for the tiger and subsequent discovery of a much larger, interdependent ecosystem.

If you’re a wildlife enthusiast like me, you probably have a must-see list of animals and birds. We travel the world hoping to see these iconic species in their natural habitats. My list is currently made up of Emperor penguins in Antarctica, jaguars in the Pantanal, giant pandas in China, mountain gorillas in Uganda, polar bears in the Arctic Circle, and snow leopards in the Himalayas. The list grows monthly, and sometimes daily. However, I consider myself very lucky since I manage to check a few off my list each year.

One of the most unlikely animals that is on my list, mainly because most fellow travellers find it difficult to believe I have not seen one yet, is the majestic Bengal tiger, the largest member of the cat family. I’ve been on many safaris in the jungles of India, yet the beautiful cat has always eluded me. 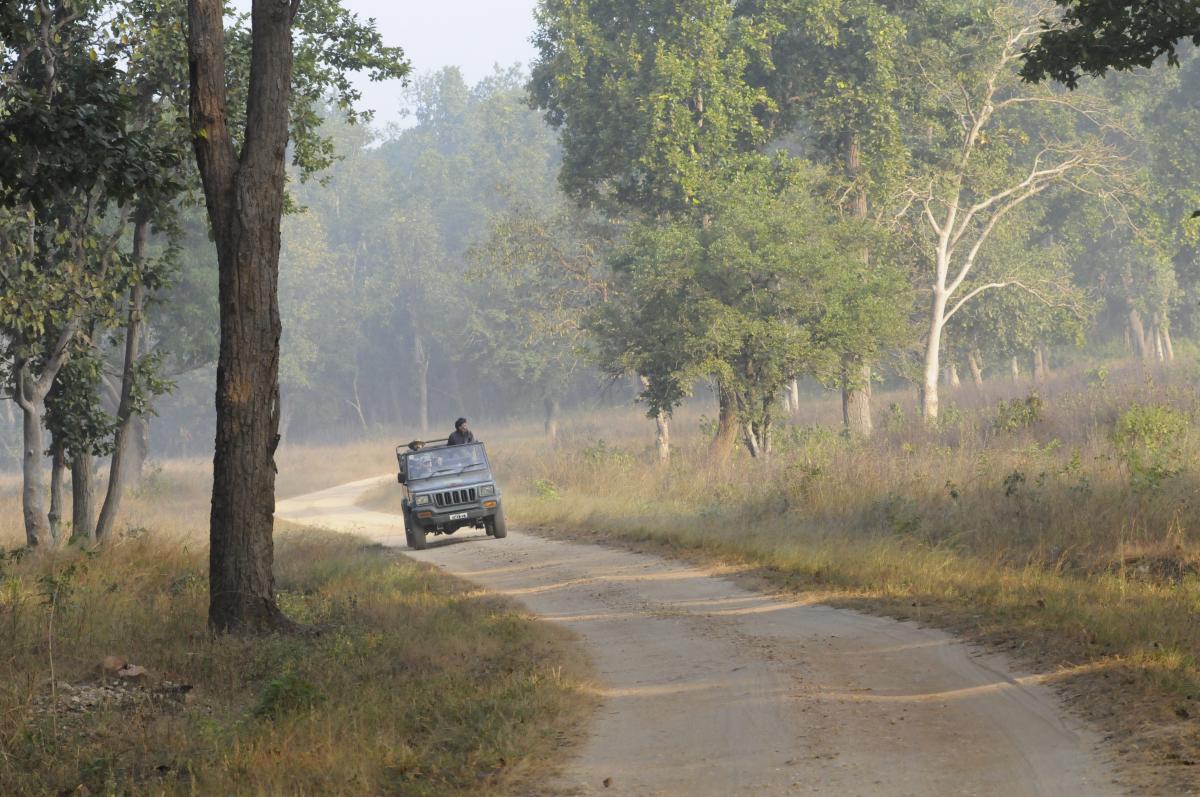 Over the last few years, I have spoken to many who have travelled across India to get a glimpse of this enigmatic creature. Almost everyone agrees that the tiger is the most beautiful of all the big cats they have seen. The adrenalin rush you get upon spotting one and being next to a beast as powerful as this cannot be explained in words. For most, this marks the beginning of a life-long passion for tigers, they keep returning to the jungles to get another look at these spectacular animals. The draw the tiger has is so great that many travellers visiting wildlife sanctuaries and national parks place too much importance on it and are hugely disappointed if they do not end up spotting one.

At the end of February, I made a trip to Jim Corbett National Park located in Central India. Corbett is one of India’s oldest national parks with a reputation for beauty that precedes it. The park is also a protected area for the tiger, so naturally, I was hoping to spot one on my trip.

The weather in February is supposed to be dominated by clear skies, a slight winter chill, and spectacular sunsets-this was definitely not the case when my husband and I landed in the area. We were greeted by a thunderstorm and thick fog coupled with a visibility of three feet as we drove towards Ramnagar, the closest town to Corbett National Park.

Rain continued for the next day and a half, and all safaris were cancelled. Finally on the second afternoon, the sky cleared up and we went on our first safari. A local naturalist, Mr. Girish Tiwari, accompanied us. As we drove through the forest, our conversation eventually drifted to how tiger-centric travel promotions are making people less appreciative of the fact that the tiger is only a part of the ecosystem here. “True joy lies in understanding how this entire system works and discovering the intricate linkages that make all creatures interdependent,” he said. Feeling a bit guilty after this discourse, I told him about my search for the tiger. He said spotting one might be difficult given the recent storm. 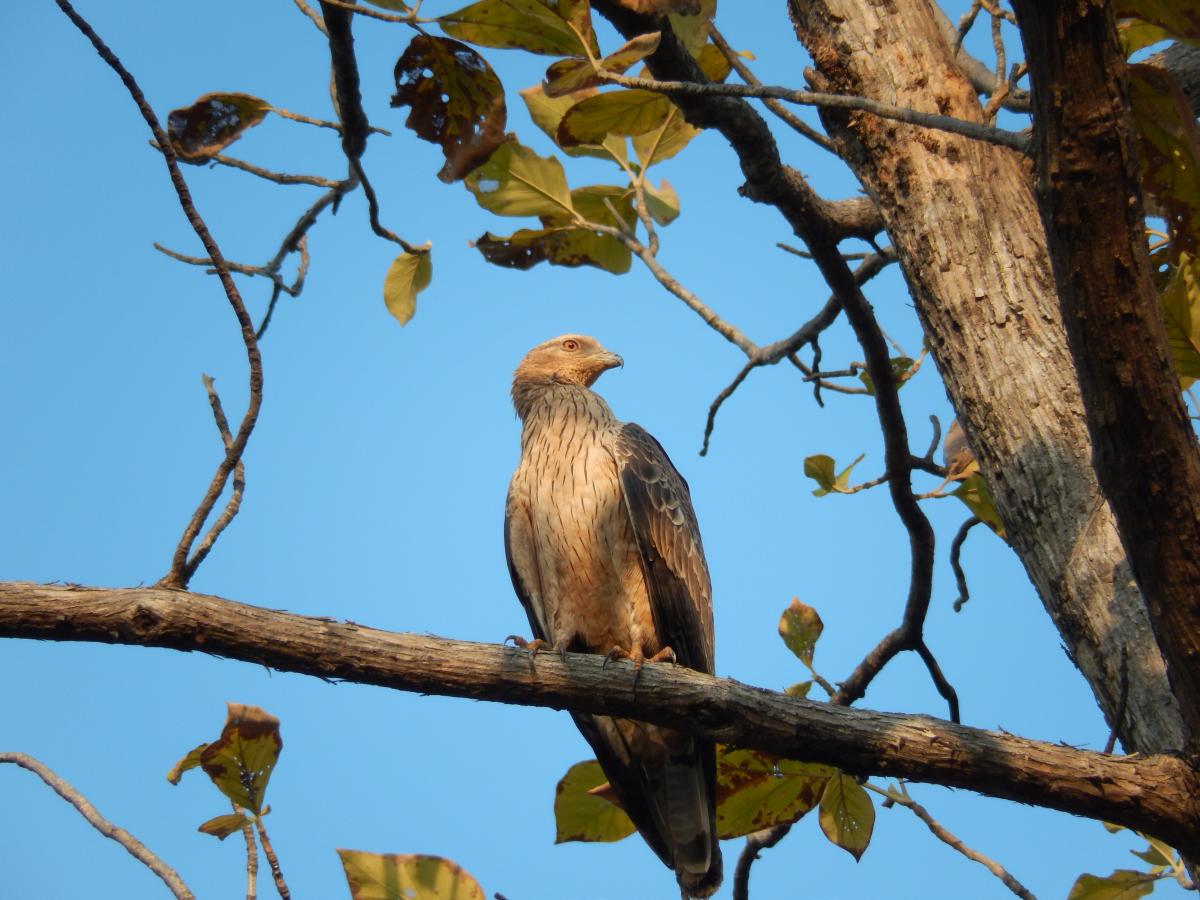 During the safari we spotted several spectacular birds: changeable hawk eagle, crested serpent eagle, white-throated kingfisher, black stork, and stork-billed kingfisher, to name a few. As we kept driving, I spotted a changeable hawk eagle that was perched on top of a dry branch and its gaze was fixed on something on the ground. As I photographed the eagle, Girish spotted a bushy black tail moving in the thick foliage. On top of a dead tree trunk was a yellow-throated marten with its prey. The animal has a tail that makes up more than half its body length, and brightly coloured fur that’s a blend of black, white, yellow and brown. This is not an endangered animal, but is quite difficult to spot one in the wild due to its small size, habitat, and also because it camouflages well. The eagle then swooped below but could not get to the marten, which scurried away leaving its prey behind, upon which the eagle feasted. By the time this exchange ended, it was getting dark and it was time to drive back. It was a fascinating display of the interdependent ecosystem, and the interplay between the prey and predator and how quickly the predator can turn into prey-exactly what Girish was talking about. 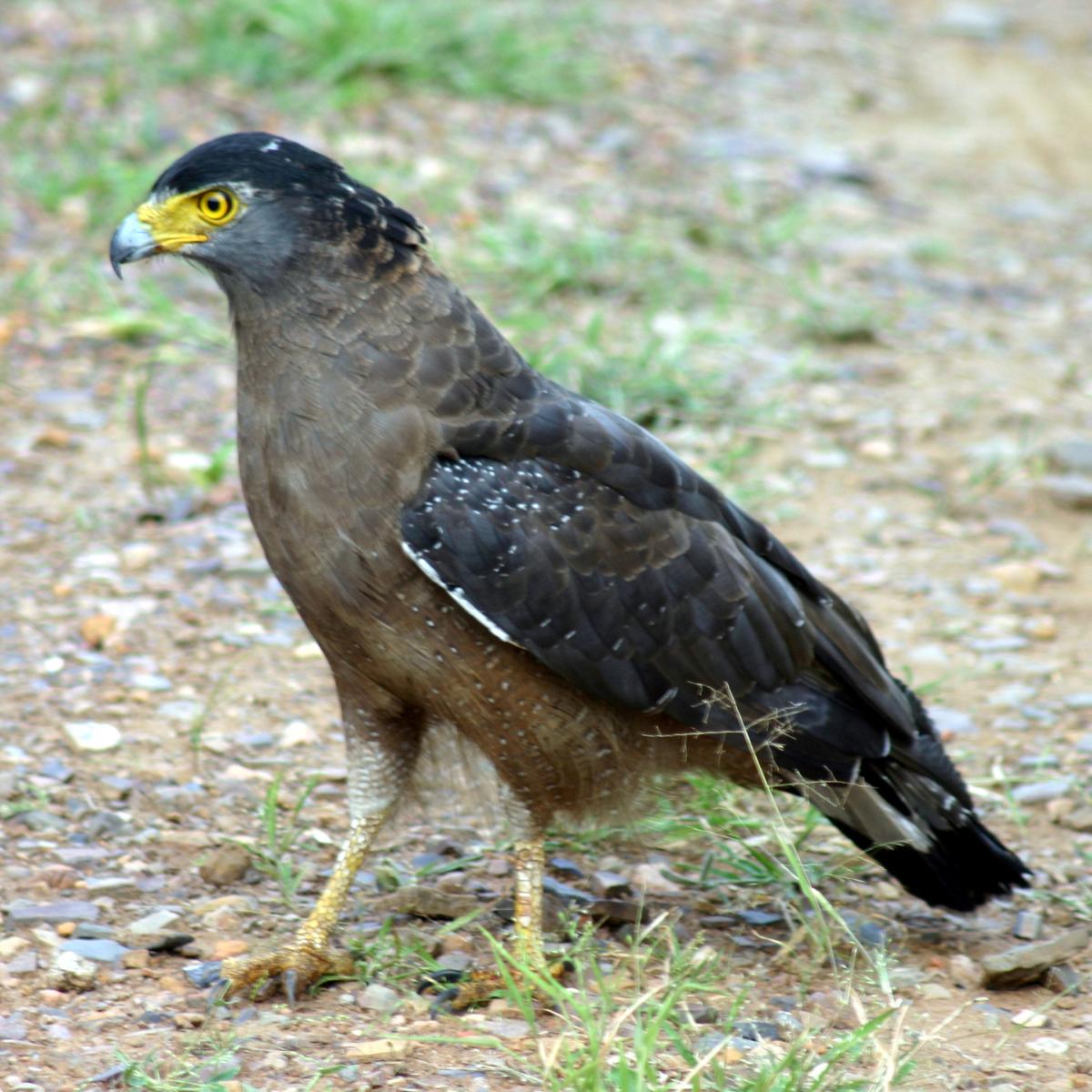 As we said our goodbyes, Girish wished me luck for my next safari and jokingly said that, when I do finally see a tiger, I may be inspired like William Blake to pen down a few lines of poetry and I should, therefore, cherish the wait. After the visit, I was more than happy that I witnessed the spirit of the forest, which gives but takes at the same time, and in an endless cycle. Next time, I might think twice about ticking the boxes of my wildlife bucket list and just enjoy the natural experience as it happens before me. So, when you find yourself on a safari or a game drive, and the weather and chance get in your way of your sought-after animal sighting, take a moment to enjoy the nature around you.