Each year, 3rd March is celebrated as World Wildlife Day to raise awareness about conservation of our Earth's beautiful and varied flora and fauna. It is also a call to remind us of the urgent need to fight horrific wildlife crimes such as poaching and illegal deforestation. Each one of us can make a difference by never buying illegal wildlife products, raising awareness of endangered species, supporting conservation measures and pledging to opt for responsible ecotourism.

As a traveller and animal lover, you probably already know the best places to see endangered species like the tiger or spot the Asiatic lion in the wild in India. So, to celebrate World Wildlife Day 2015, we're raising awareness about 5 (Somewhat) Unknown Endangered Indian Animals and Where to See Them. 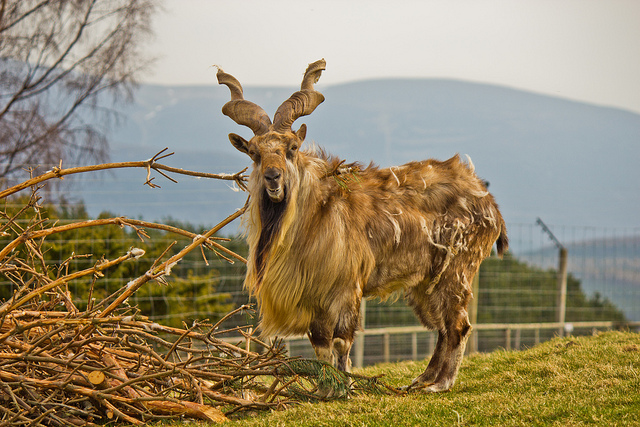 The markhor is a large species of wild goat with prominent corkscrew-shaped horns. They can be found in certain parts of India, Pakistan, Tajikistan and Uzbekistan. Markhor are adapted to mountain terrain and can be found between 600 and 3,600 meters elevation. Unfortunately, this species is prized among trophy hunters for its rare spiral horns. However, recent conservation efforts have been successful and led to an increase in population.

You can see markhor in India in the Pir Panjal range of Jammu and Kashmir. 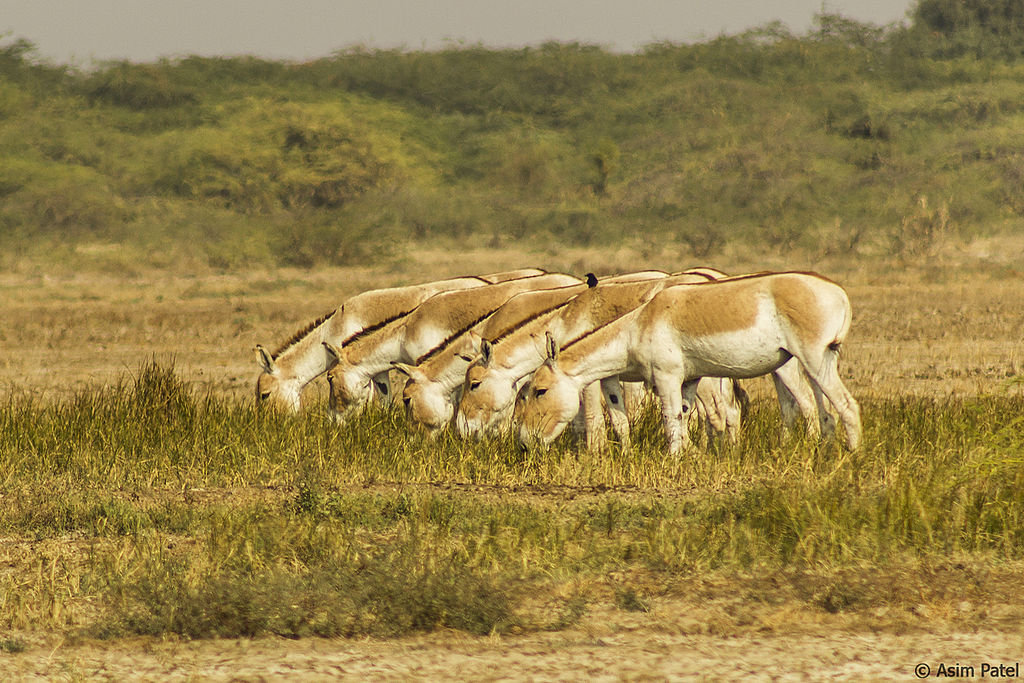 The Indian wild ass has a dusty coat with an erect dark mane and a dark brown stripe running along the back. Once upon a time, this species' range extended from India to Pakistan, Afghanistan and Iran. Now, the Indian wild ass' last remaining refuge is the Indian Wild Ass Sanctuary in the Little Rann of Kutch and the surrounding Great Rann of Kutch in Gujarat. The reasons for wild ass' decline in population are relatively unknown as they were certainly not hunting trophies. It is possible that the species suffered population loss due to disease and habitat degradation. However, the Indian wild ass is now reclaiming lost land by increasing their range through other parts of Gujarat and on to Rajasthan as well. 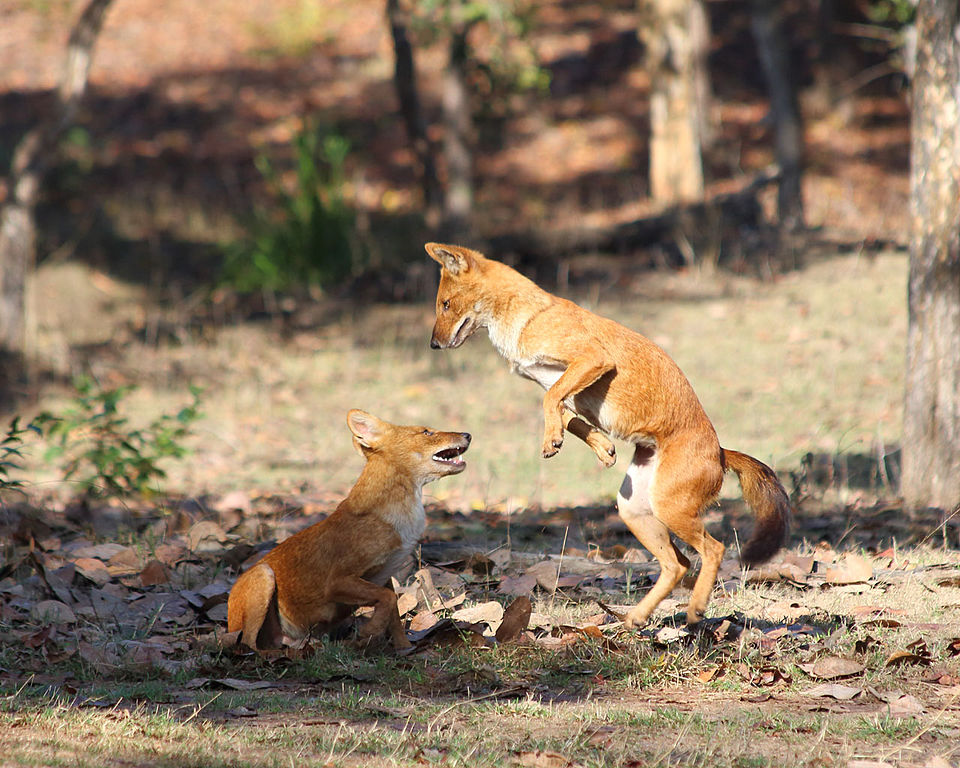 The dhole, or Indian wild dog, is a highly social pack hunter that competes with tigers and leopards for prey. Due to habitat loss, loss of prey and spread of disease, there are now less than 2,500 individuals remaining in the wild. Contrary to what their names might have you think, Indian wild dogs do not howl or bark. Instead, they produce whistles resembling those of red foxes', and scientists still don't know how they do it! An interesting fact about dholes is that, over generations, they have developed complicated networks of underground dens that can be up to 100 feet long!

You can see dholes in most of India, south of the River Ganga. Consider these tours: Karnataka Adventure | Royals of the Jungle

The gharial is a crocodile native to the Indian Subcontinent. This is a critically endangered species as there are fewer than 235 individuals surviving in the wild. Male gharials have a distinctive boss at the end of a long, thin snout having 110 sharp teeth. The boss resembles earthen potware known as ghara, and this is where the species gets its name. The gharial population decline has mainly been due to habitat loss, excessive fishing and use of gill nets. However, widespread conservation projects are now in effect throughout India and Nepal, in an effort to preserve these living dinosaurs. 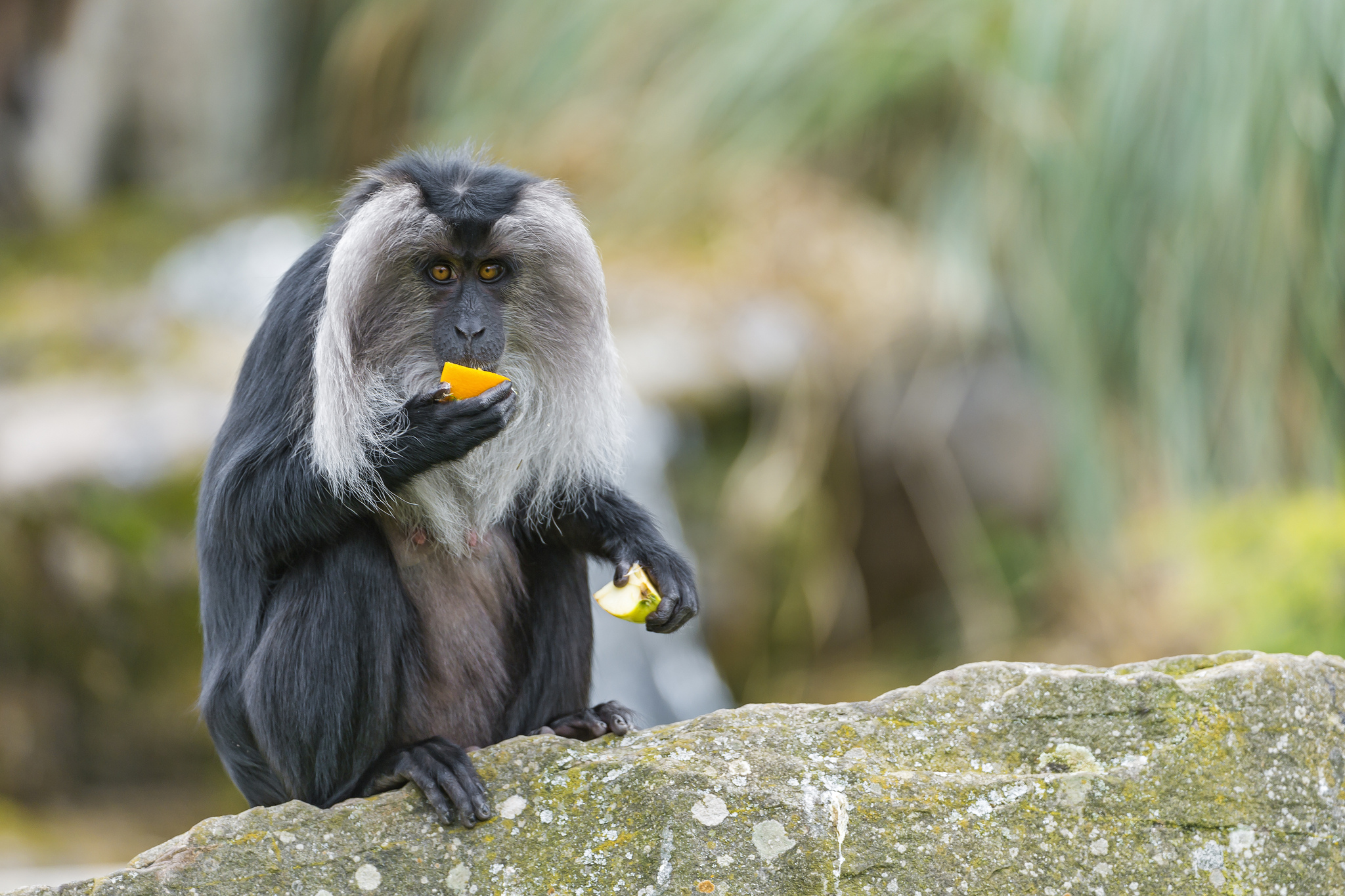 Image by Tambako The Jaguar

You can see the lion-tailed macaque in Kerala. Consider these tours: Best of South India-Kerala & Tamil Nadu | Stunning South India