On a recent trip to Bostswana, Africa 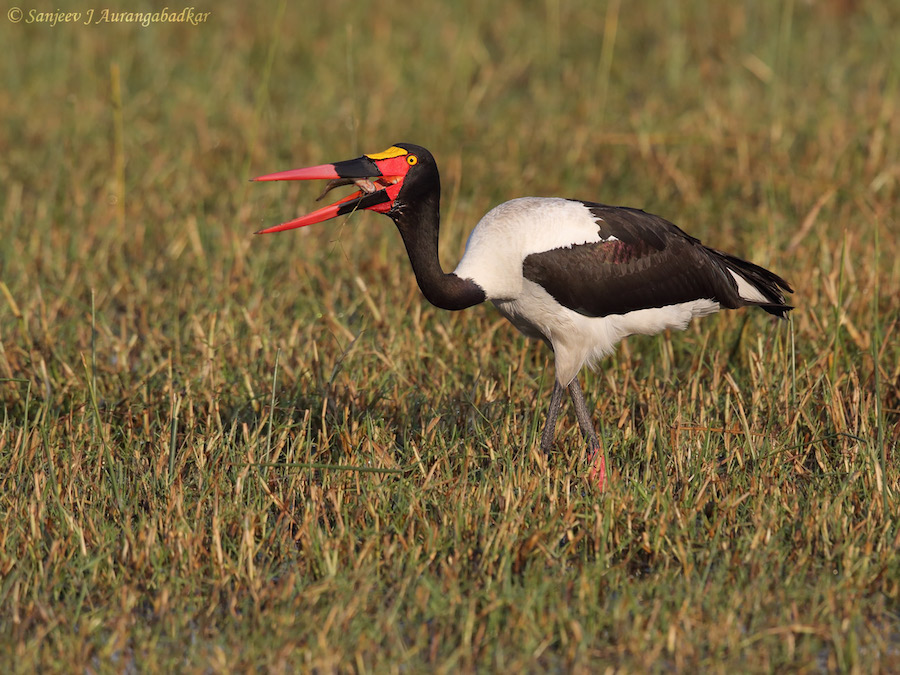 Africa, the only continent in the world where hundreds of species of wild animals and birds inhabit freely in an area that extends thousands of square kilometres in different countries often transgressing territorial boundaries, is the epic wildlife destination on earth. 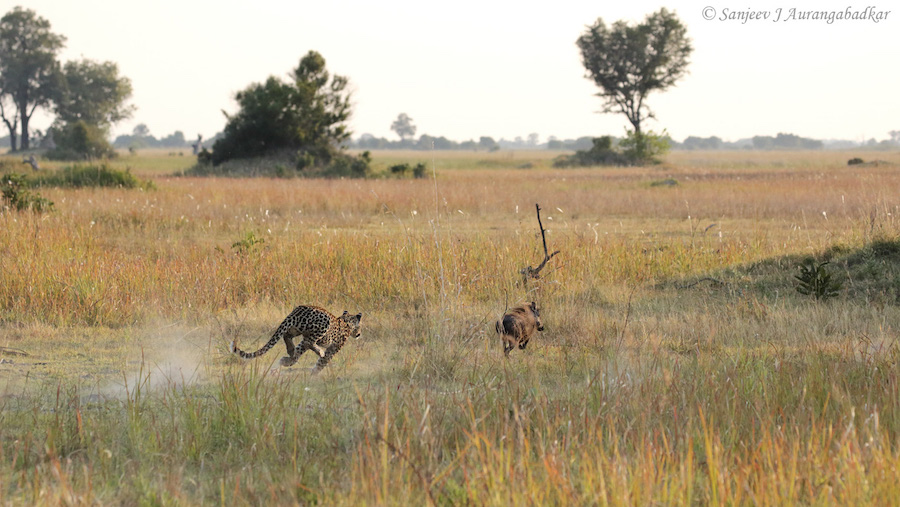 Having visited Africa three years in a row (twice to Kenya and Tanzania and once to South Africa) I still haven’t had enough of it and frankly I must admit, I am bitten by the wildlife bug! There is something about Wildlife safaris and wildlife photography that draws you back. Its hard to explain, it could be the pristine landscapes, the pure and un-spoilt wilderness, the un-polluted fresh air, the minimal commercialisation, the amazing variety of flora and fauna it has on offer and the brilliant service at the various safari lodges and camps all makes an African safari a must do in ones life time. 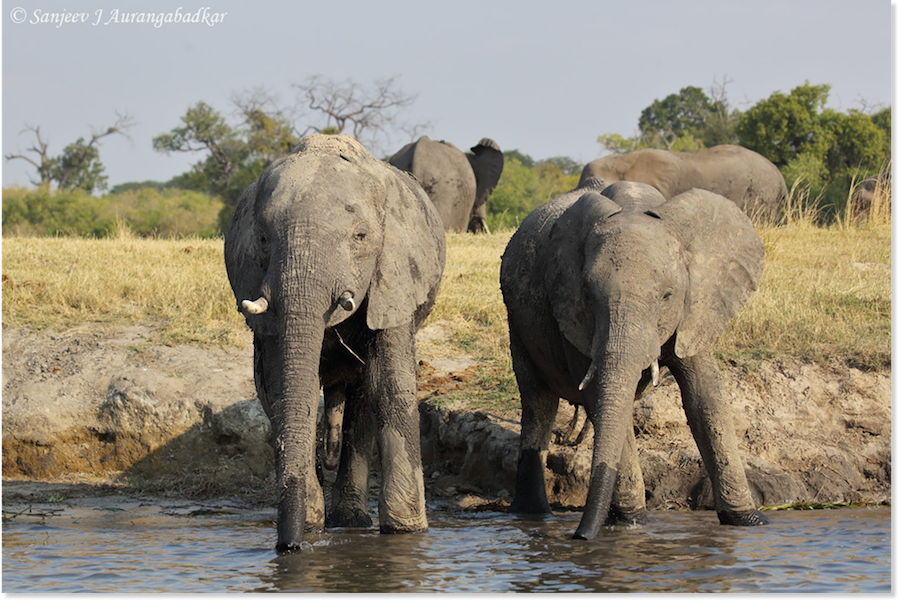 This year I chose Botswana as my wildlife destination. The famed Chobe national park and the natural wonder Okavango delta were the main reasons why I chose the region. Unlike Masai Mara in Kenya (area of approximately 150 sq km) and Serengeti in Tanzania (area of 1500 sq km), the Chobe and Okavango are much larger areas. Chobe NP covers an huge area of 11,000 sq km and extends along the Chobe river. It has the highest density of elephants in the world (150,000 plus wild elephants!). Okavango delta is the largest in-land delta in the world covering 16,000 sq km (its actually an alluvial fan) where the Okavango river and its tributaries do not reach the ocean and drain in-land creating unique flood plains and marsh lands in the region. The Okavango area can only be reached by small chartered aircrafts as there is no road or rail access and this makes it even more special as you are cut off from the rest of the world and the get to experience virgin landscapes and terrain and its quality wildlife in exclusivity. In the delta there were no more than 2- 3 vehicles per sightings and since off-roading is allowed it offered us some spectacularly close views of wildlife with the chance to shoot up-close and personal! The delta was all about quality and it was almost as if it was a stage set up for us, post card like landscapes, uncharted territories and wilderness and as if the wildlife were artists putting up their best show for us. The most amazing sighting was a juvenile male leopard who gave us a chance to observe, follow and photograph him for 3 hours displaying all sorts of antics and even chased to hunt a warthog right in front of us! The delta is famous for its Mokoro (dug-out canoes) and motor boat rides across its maze of canals to watch birds and wildlife. The land cruiser vehicle in which we did our safaris were awesome, making off-roading a breeze and the vehicle was almost amphibious traversing 3-4 feet of water filled paths nonchalantly. Our guide Aubrey from the Shinde camp was terrific, with great knowledge of wild animals and birds, fantastic driver and tracker. 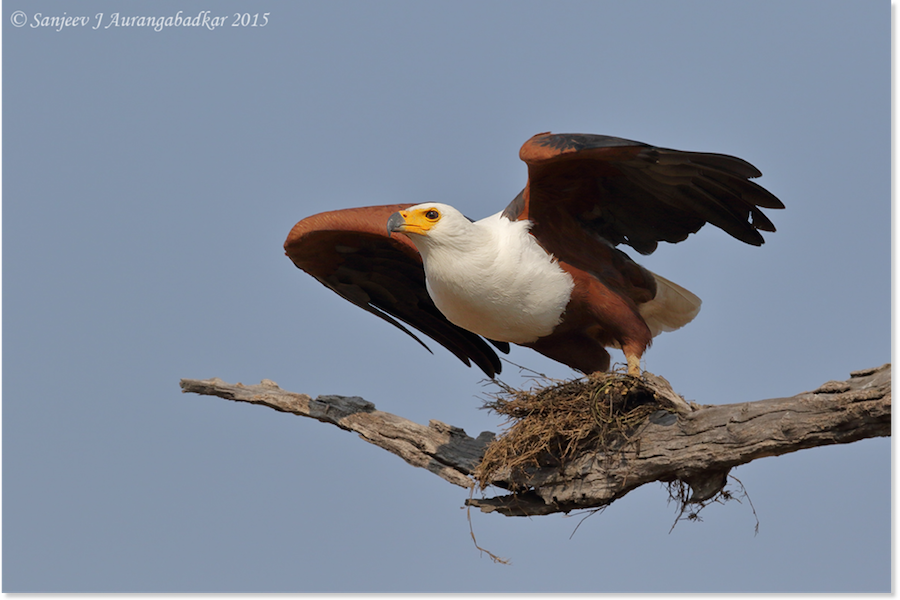 The Shinde camp was just beautiful, completely made of wood and covered by a canopy of trees adjacent to a canal. The tents were beautifully appointed with fantastic beds, neat and clean bathrooms and a sit out area looking out into the natural beauty of the delta. Bed tea/coffee was served every morning at time of the wake up (6am) for safari. And upon return, a bottle of Sherry and two glasses awaited us on return to the tents in evening! The drinks were on the house and the service by the Shinde staff was simply superb! They made our stay so comfortable and enjoyable. 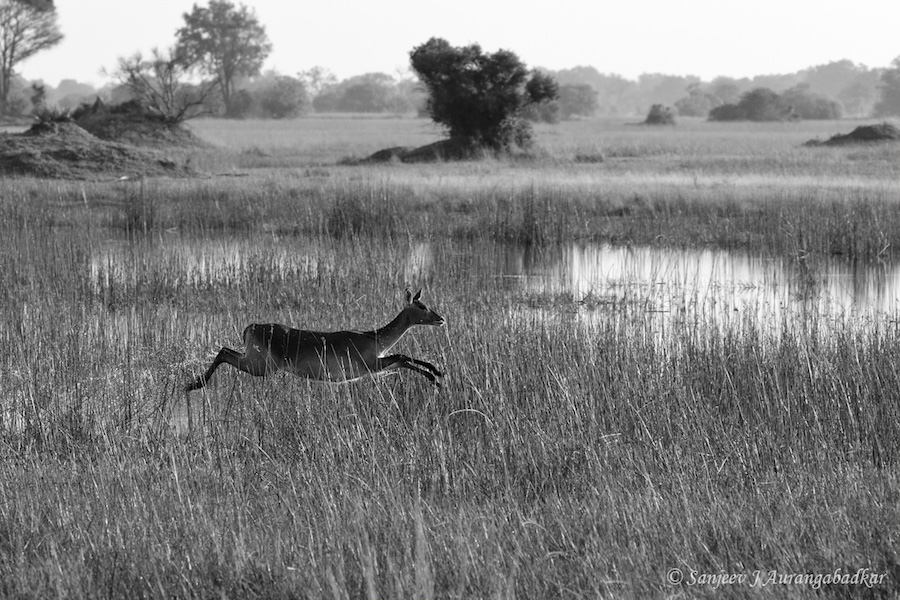 Chobe NP gave us the opportunity to see hundreds of elephants from close quarters. The best part was the boat safari along the Chobe river where we came face to face with a large herd of elephants, nile crocodiles, African buffalos, fish eagles, endangered African skimmers etc. The boat offered unique perspective to photograph them from a low angle and head-on which otherwise is not possible from land. One of the highlights of our safari at Chobe was sighting a pride of 10 lions lazing under a tree in the shade and a lion with a giraffe kill! 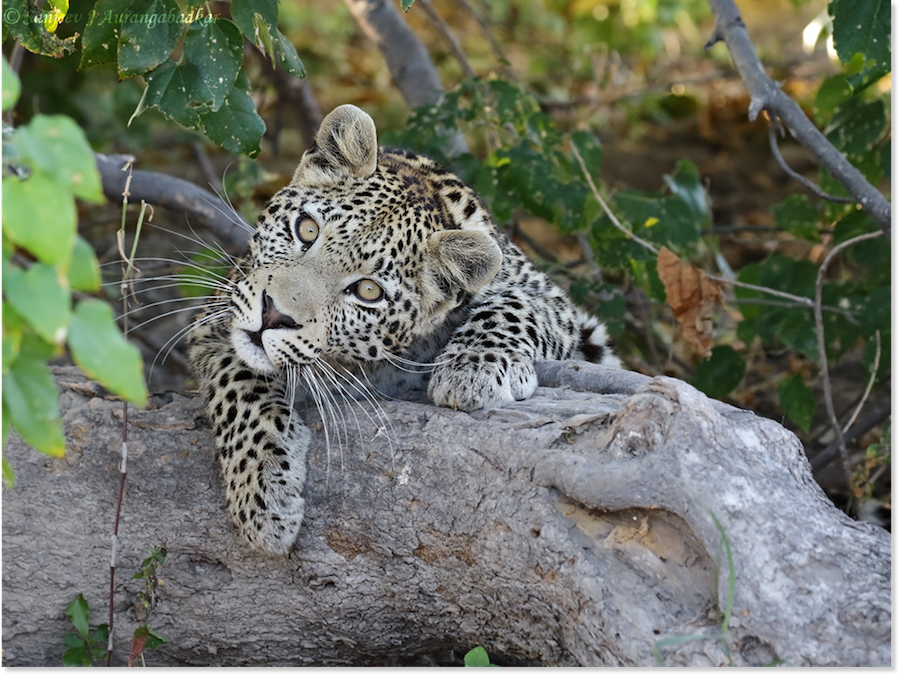 The Chobe elephant camp was really nice. Very neat rooms, open and closed shower area in each room, well appointed bar (drinks were on the house) and very good food and service. One evening on our return from safari, we were heading back to our rooms from the lobby (which was good 300 - 400 meter walk) we came across a herd of elephants within the camp criss-crossing between our tents cooly grazing and uprooting shrubs! It was nearly dark and in the silence all we could hear was the gentle giants trampling plants and chomping on the grass and twigs! Wow what an experience that was.

We also made a short one-day stopover at Victoria falls in Zimbabwe to see these magnificent water falls on the river Zambezi. 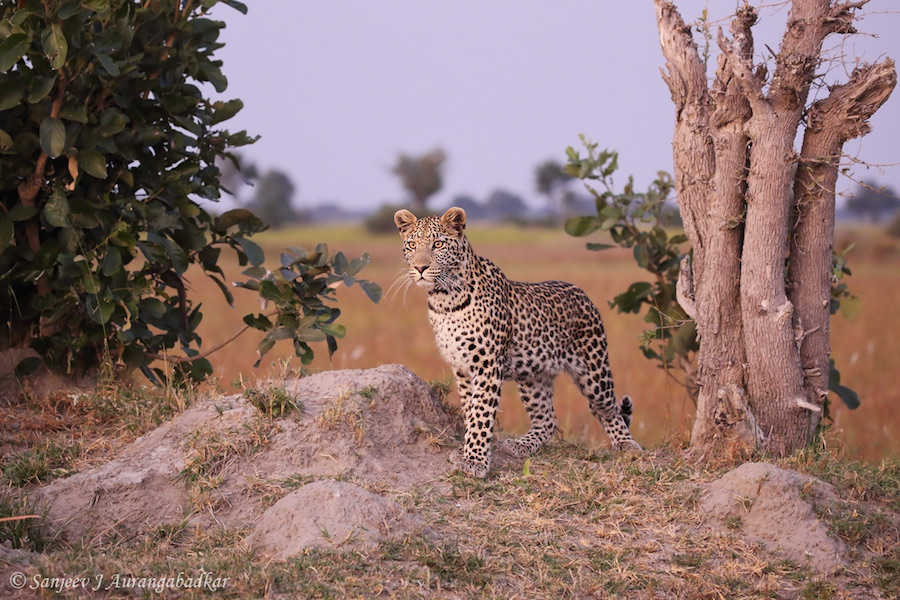 The arrangements made by Planetwildlife and their partner companies in Zimbabwe and Botswana (Parveez in particular) were superb as usual.I returned with thousands of images and loads of fond memories of yet another amazing  African Safari experience.

If you’d like to experience Africa with us, write to our Africa travel expert at parveez@planetwildlife.com !