Sunilkanth recounts his visit to the Mysore Dussehra celebrations held recently, in October 2013.

The festival of Dussehra takes place every October/November in India to celebrate the victory of good over evil as written in Hindu mythology. In the city of Mysore, in Karnataka, Dussehra honours the Goddess Chamundeswari, who killed the great demon Mahishasur. The celebrations have a lot of cultural and historical importance, and are carried out on an especially grand scale in Mysore. Despite staying close to Mysore, in the city of Bangalore, I missed the opportunity to witness the celebrations in 2012, so I was really looking forward to being in Mysore for Dussehra in 2013. Thankfully, on the 9th day of the Dussehra festivities, early in the morning, my family and I set off to witness the 403rd year of the Mysore Dussehra celebrations. 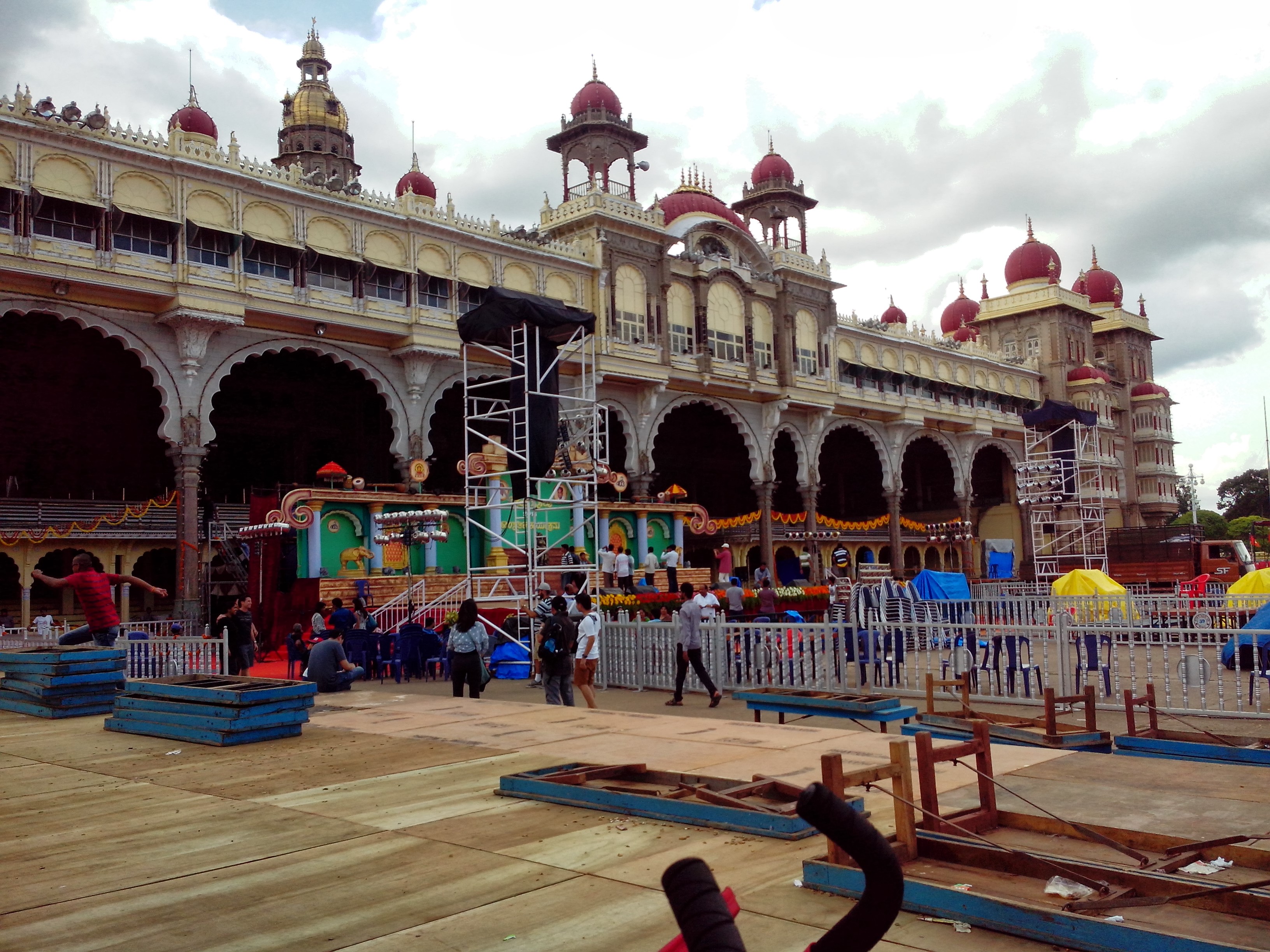 Preparations at Mysore Palace for Dussehra

I was surprised to see Mysore bustling with so many visitors, as I remembered it as a sleepy town. We checked-in at the Fortune JP Palace, freshened up, and hit the road to visit Mysore Palace, one of the main venues for the celebrations. We spent the afternoon on a visitors' tour of the Palace. The Palace grounds were filled with all the preparations for the procession taking place the next day—the participants, various tableaux depicting culture and heritage for different parts of the state of Karnataka, and a large number of elephants being decorated with lot of colours and designs. 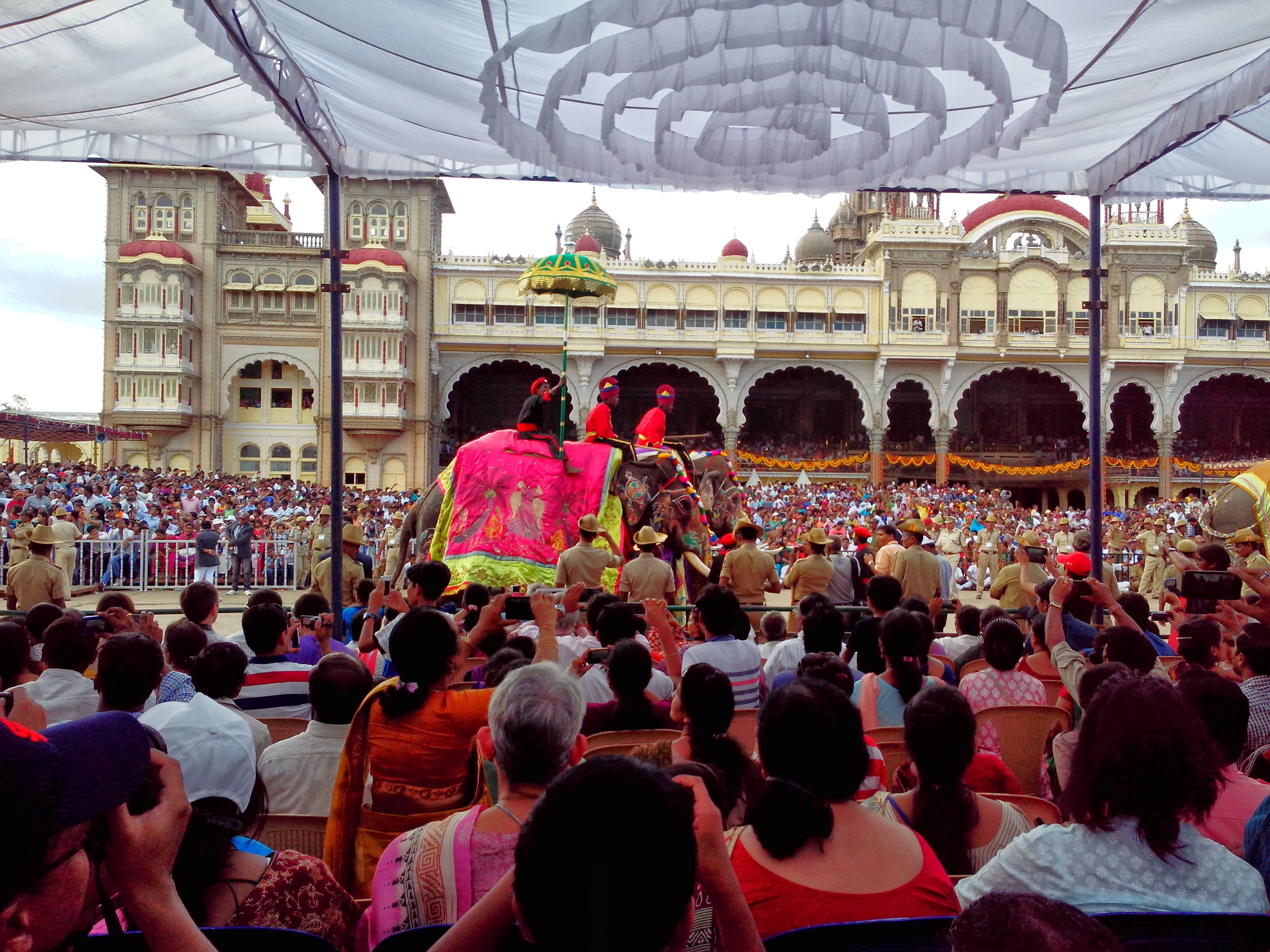 In the evening we attended a concert at the Palace premises. The concert included a performance by one of the most celebrated vocalists of India, Padmabhushan Sri Pandit Jasraj. Another highlight was the theyyam dance performance, an ancient ritual where performers don huge, colourful facemasks and tell stories through movement. After the concert we retired to our hotel for the day. 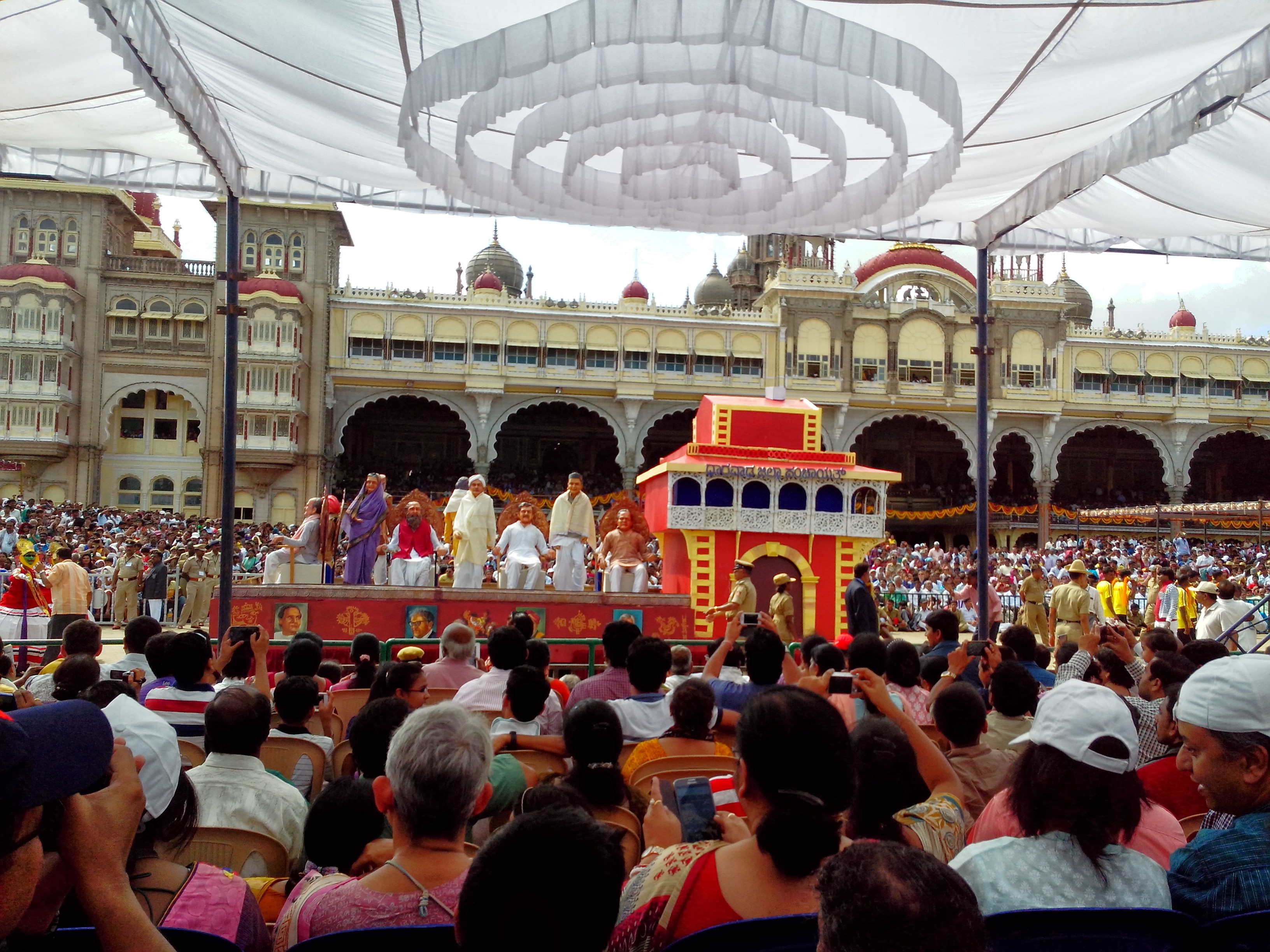 Tableau from Dharwad District of Karnataka

The next morning we headed for the Palace for the famed Dussehra procession. We were lucky enough to be seated in shade at the starting point of the procession. It took about half day for all the tens of thousands of people to settle down before the prayers for Goddess Chamundeswari started at the auspicious time of 1:20 PM. Celebrated as "Naada Habba" (State Festival), the event showcased Karnataka's cultural heritage resplendent with folk art forms, as the famous elephant Arjuna led the other richly embellished elephants through a 5km route. Thousands of people from the city and the tourists from outside the state lined up to watch as Arjuna, carrying the idol of Goddess Chamundeswari placed in a 750kg golden howdah, wound his way majestically from grand Mysore palace to Banni Mantapa, the terminating point. The Jumboo Savari, as the elephant procession is known, began with the Chief Minister, Siddaramaiah, showering petals on Goddess Chamundeswari. The scion of the erstwhile Mysore Royal family, Srikantadatta Narasimharaja Wodeyar, also offered prayers. The procession was led by the 12 elephants and included troupes of folk dancers, cultural artists, musicians, and 42 tableaux. Each tableau offered a glimpse of the art and culture of different parts of Karnataka, while the folk troupes and the rhythmic beat of percussionists infused an element of zest and energy to the procession. The procession went on till dusk and later that night, hundreds of Karnataka State Police held a torchlight parade at the Banni Mantap grounds, which was followed by fireworks and a laser beam show as the curtains fell on the traditional 10-day Dussehra festivities in Mysore. 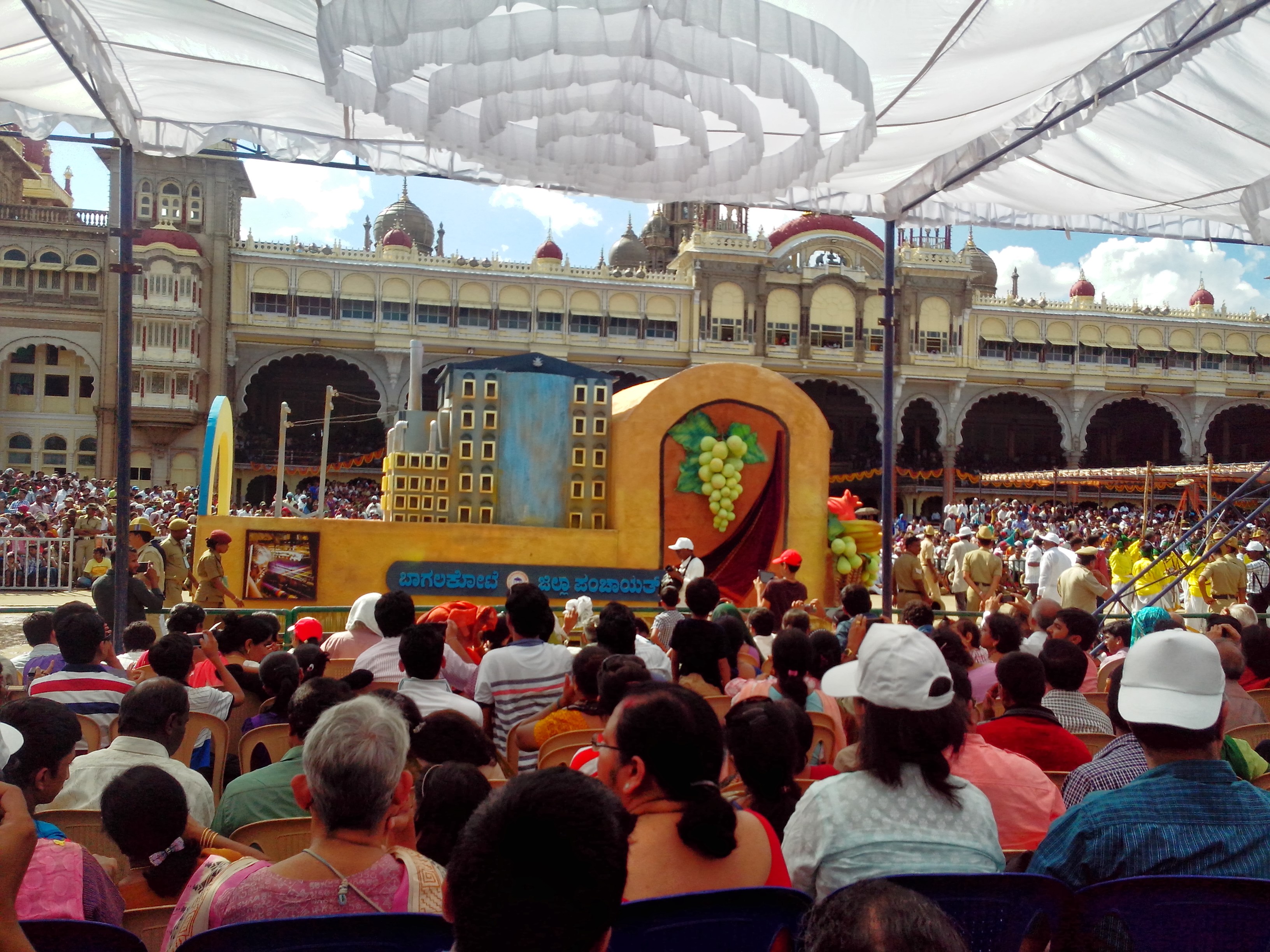 Tableau from Bagalkot District of Karnataka

The next morning, we embarked on heritage tour to Belur and Halebeedu, located 130 kms away. The drive was pleasant and we took a break at Hoysala Village Resort, in Hassan, before going further to visit the Capital city of the Hoysala dynasty of 13th century. In Belur, we saw the Chennakeshava Temple that was built by the Hoysala kings in 1117 AD and known for its intricate rock sculptures inside the temple. We also visited the Shiva temple in Halebeedu (earlier known as Dwarasamudra) that has Indian epics depicted as beautiful sculptures on the outside of the temple. Describing the architectural and archaeological beauty of Belur and Halebeedu is not possible in a few lines, so I recommend you make a trip there on your next Mysore getaway. 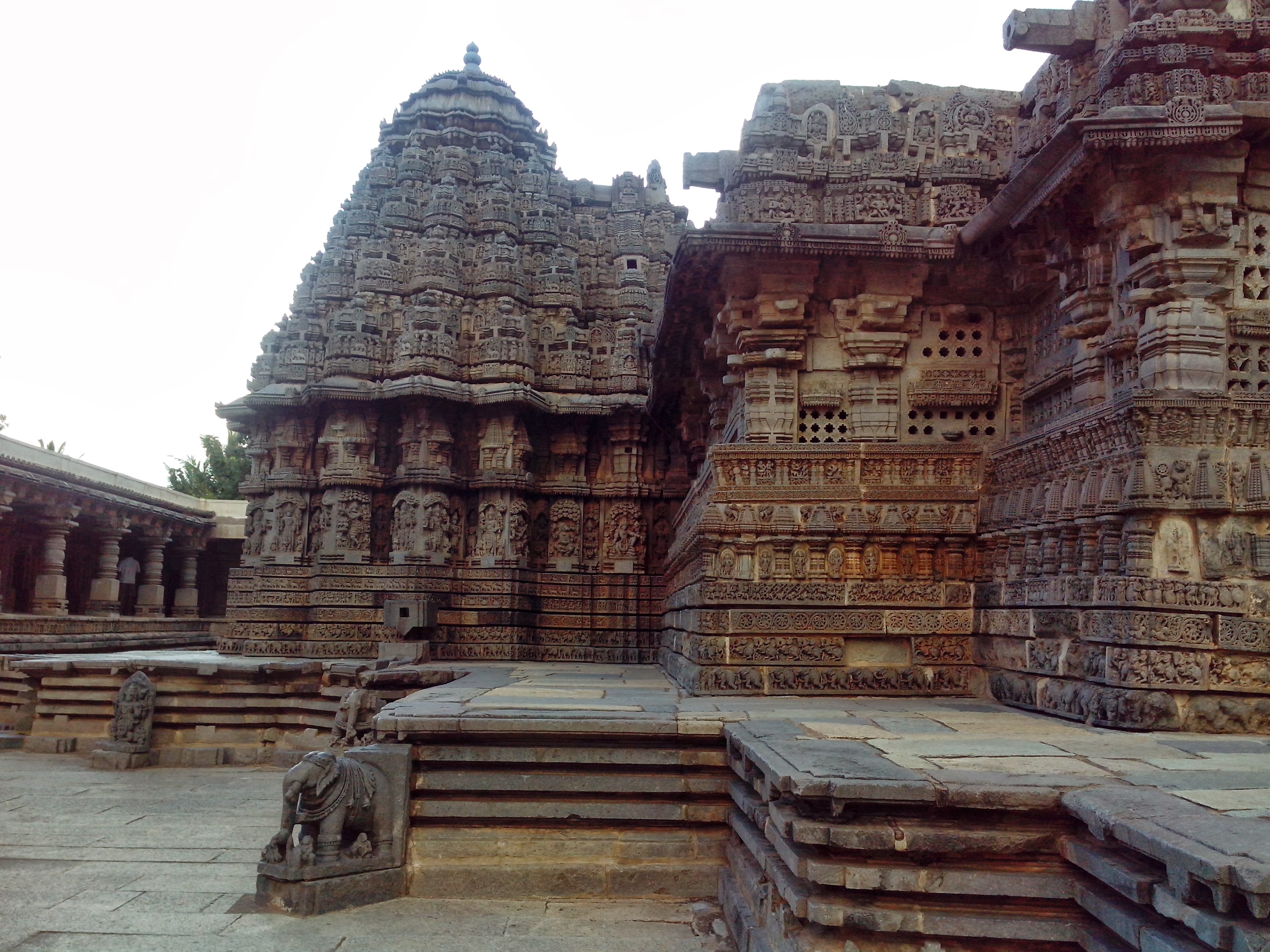 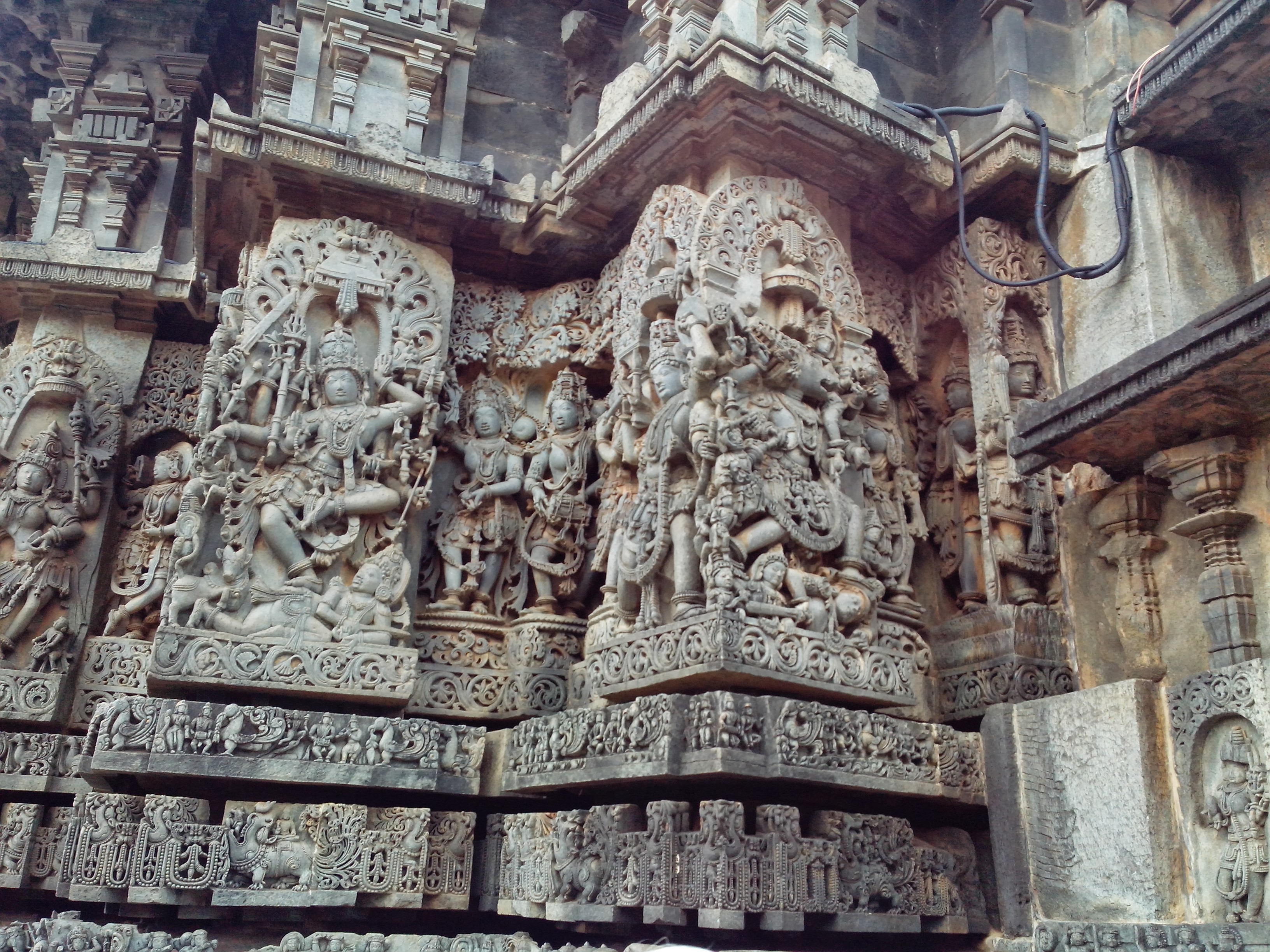 Contact Planetwildlife’s travel experts for custom tours to Mysore and other interesting destinations.