Subhamoy Das, who travelled with us to Kenya to see The Great Migration, writes about his experience in Nairobi.

I'm extremely upset to see the carnage in Kenya. I was in Nairobi just last month and the Kenyan capital looked such a peaceful place. The only glitch was that a part of the airport was destroyed by fire and we had to extend our stay in Nairobi. But the terrorist attacks have come at a time when it's peak season for wildlife tourism and it's going to hurt their economy big time. This is a time for the world to stand behind Kenya and offer assistance to prevent repeat attacks like this. Don't forget there are over 70,000 Indians in Kenya.

To show you how enjoyable Nairobi can be, here's a glimpse of what I saw in this capital city last month: 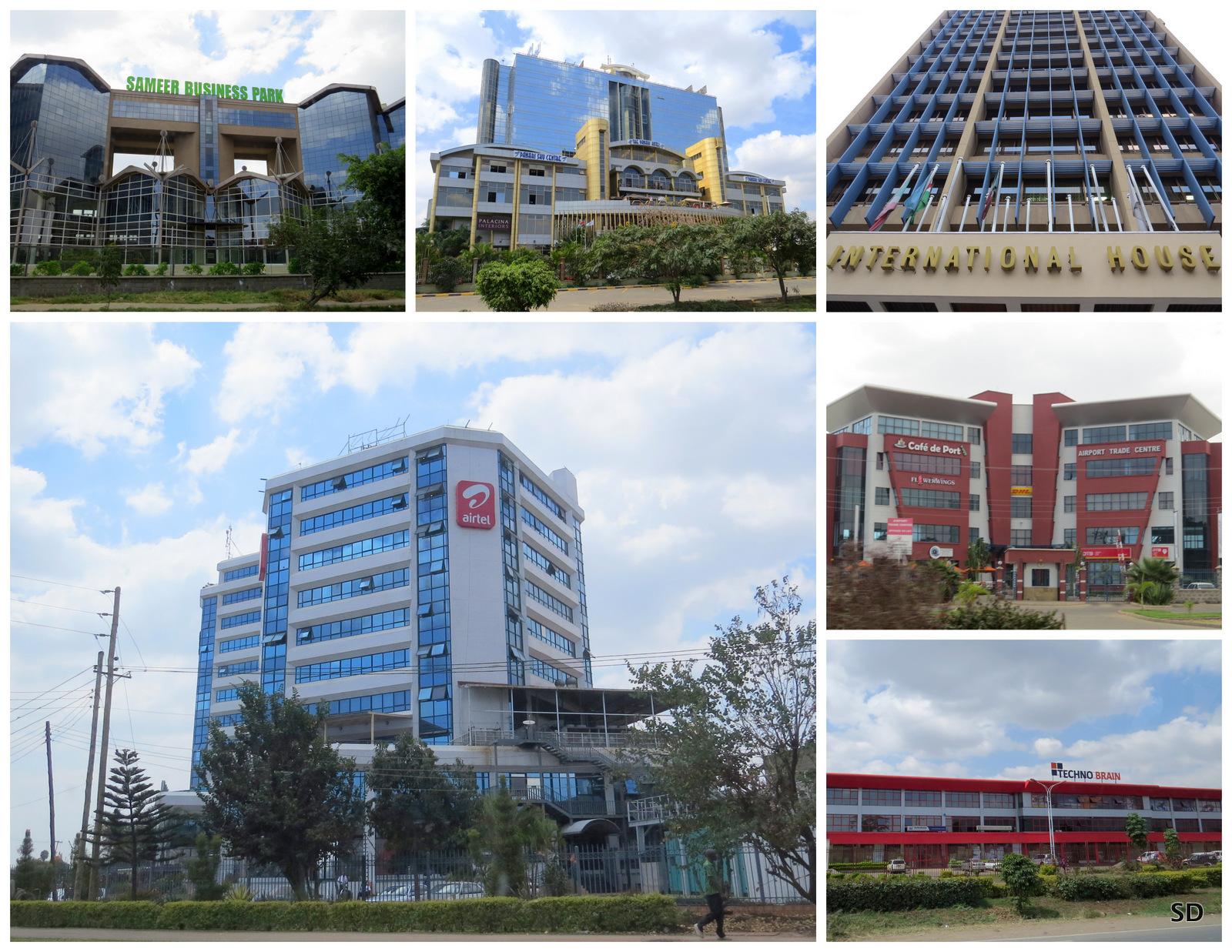 Nairobi is a commercial hub with many business parks across the city and Indians own major industrial establishments here. Airtel, a popular Indian cellular network, is a popular carrier in Kenya as well. 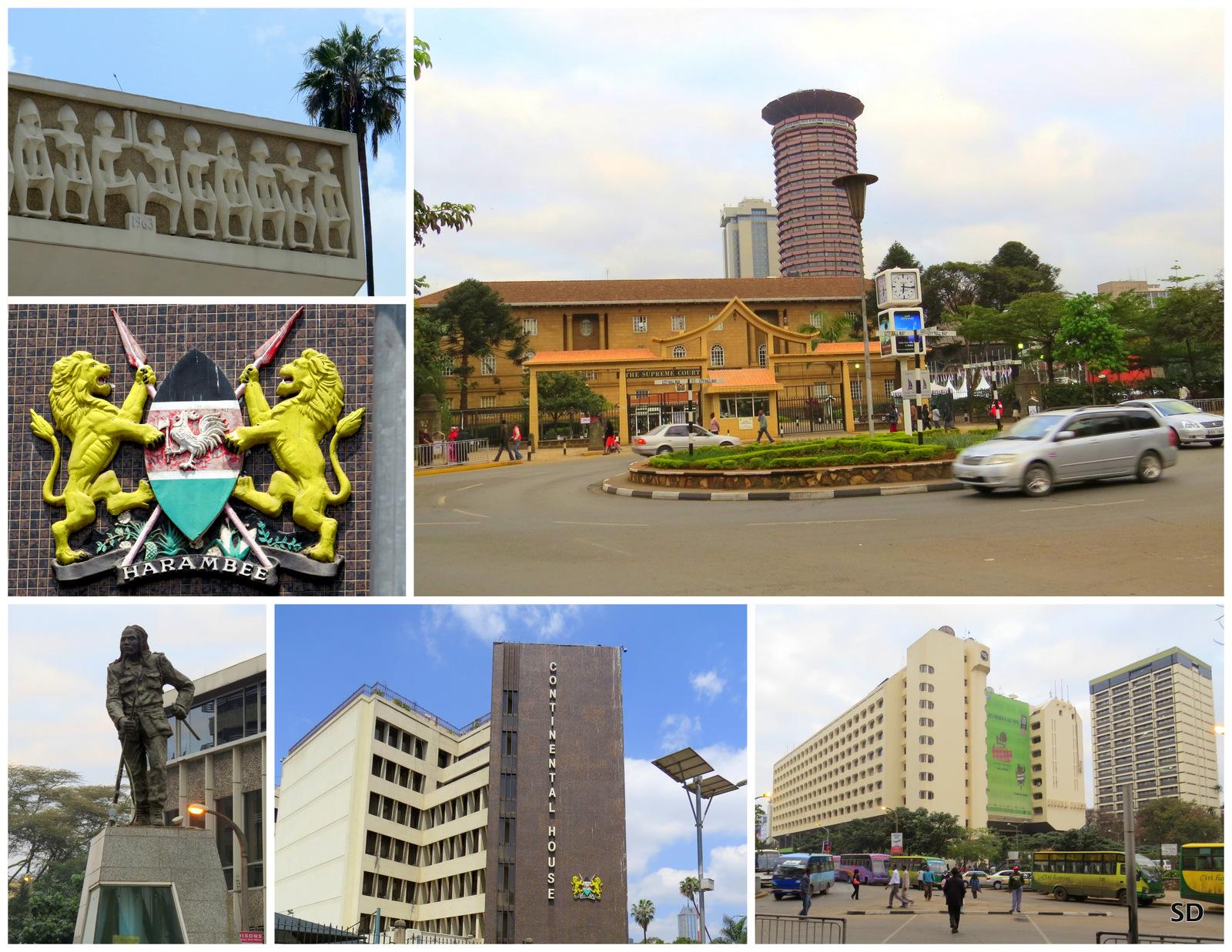 That's the Kenyan Supreme Court and a few important landmarks of Nairobi. The statue is of a famous freedom fighter. Kenya attained independence from the British in 1963 - that's what is inscribed in the first picture, which is a part of the Parliament building. 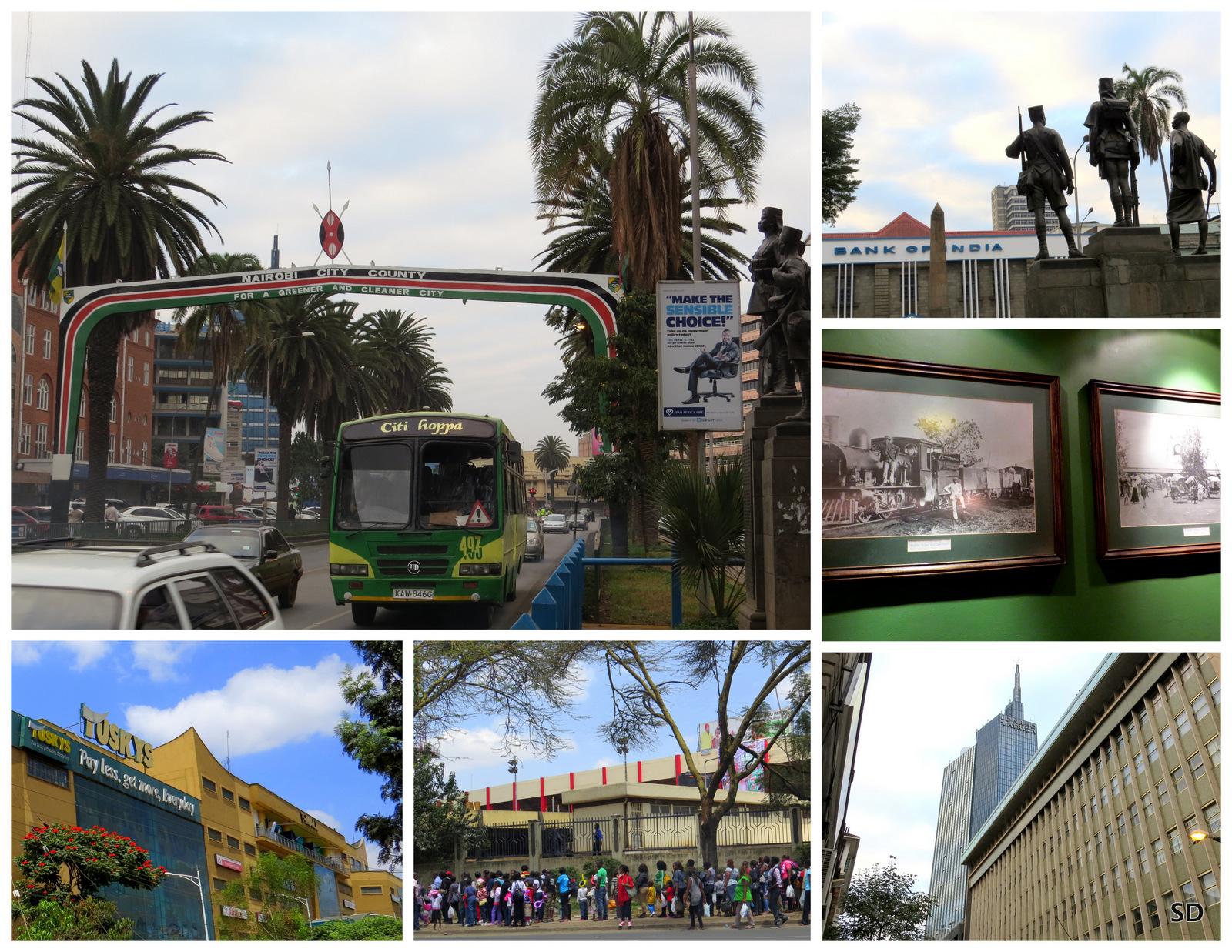 That's the gateway to the Nairobi City County and you can see the statues of Kenyan soldiers and warriors looking at the Bank of India building—a prominent landmark round here. Everyone openly acknowledges the help that Indians provided in building the railway system in Kenya (PIP).
Tusky's is a busy mall, like the one where Saturday's unfortunate attacks took place. Next you can see parents lining up outside a stadium to take their kids to a Sunday sports event. 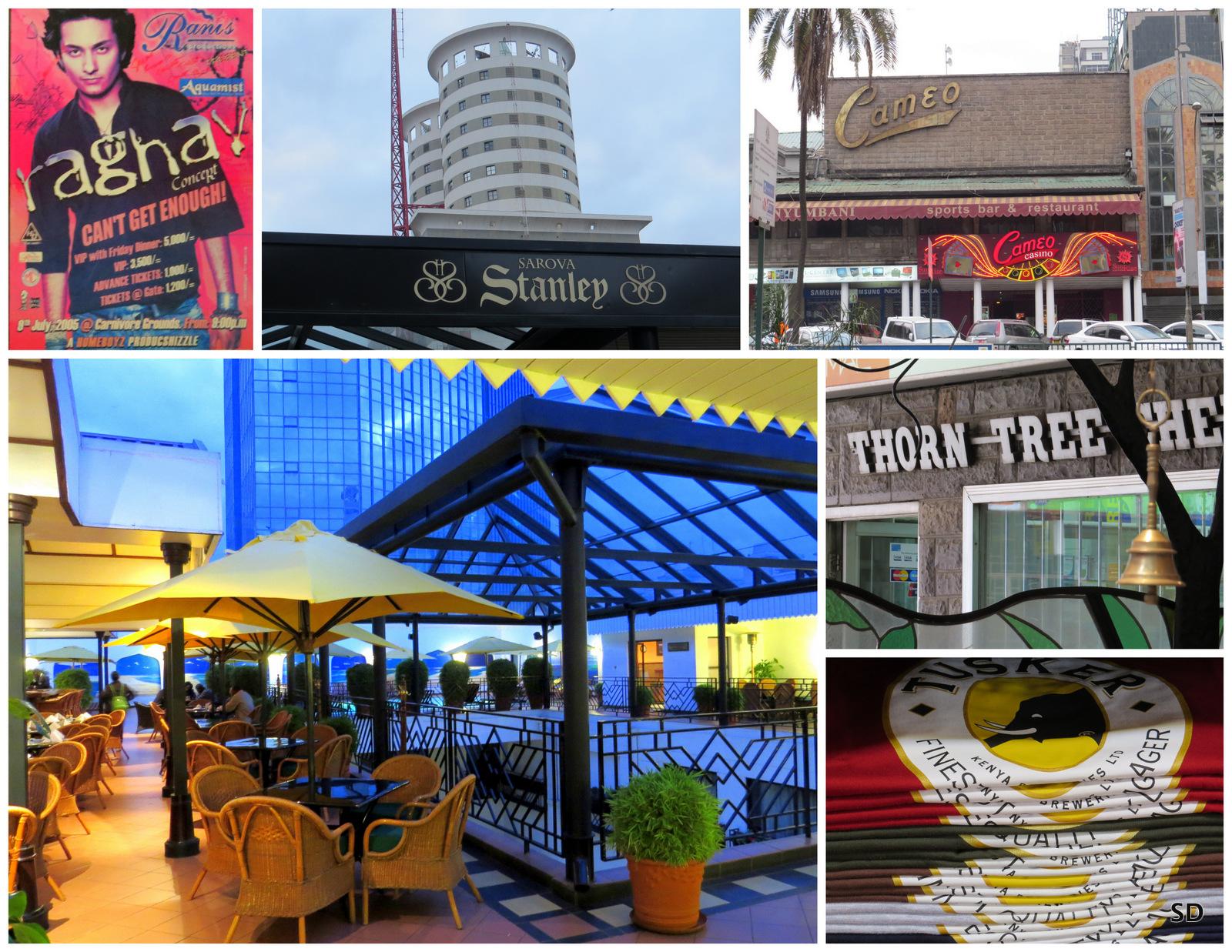 I stayed at The Stanley, Kenya's oldest and most famous hotel (built in 1902) which has history written all over it with rare photos of the making of the nation. Thorn Tree is Kenya's first post office; the famous restaurant at The Stanley is named after it. Kenya's first locally brewed beer was served here, at the Thorn Tree Café, in 1923. I liked the finest of local lager, Tusker, that's what you see on those t-shirts.
Good to know that Raghav Sachar, a popular Indian musician, is a famous name here too (shown in the first picture of the collage). 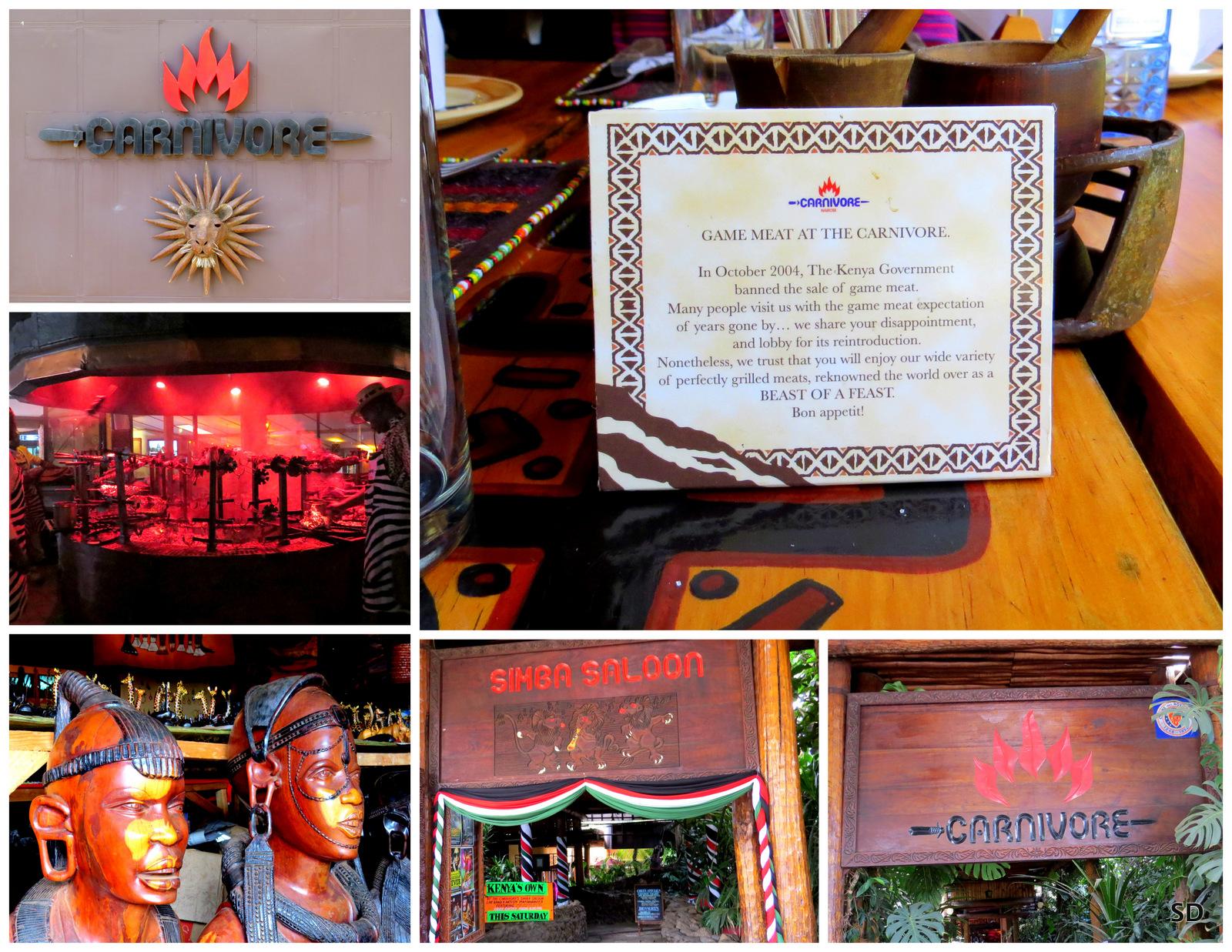 A visit to Nairobi is incomplete without a lunch at the Carnivore Restaurant that once used to serve game meat. Feast on a variety of freshly barbecued flesh till you burst at the seams with an assortment of sauces. I really liked the ostrich meatballs here. I had them with 'Dawa' a type of Mohito-Vodka with lime and mint. By the way, if you're a vegetarian, please prepare yourself in advance, as the experience can be quite overwhelming.

If you’re looking to travel to Kenya and experience Nairobi for yourself, check out all our Kenya tours.