After a five-hour flight delay, my family and I landed in Kochi and it was already time to bid goodbye to the bustling city and move to the hills of Munnar. Rains in Kerala mean bad roads! Playing hide and seek with the rains and fog in the hills was making me feel exhilarated. After a 3 hour drive, we arrived at Club Mahindra Munnar. The resort offers a unique view of the vast tea estate and the mythical mountain peaks. 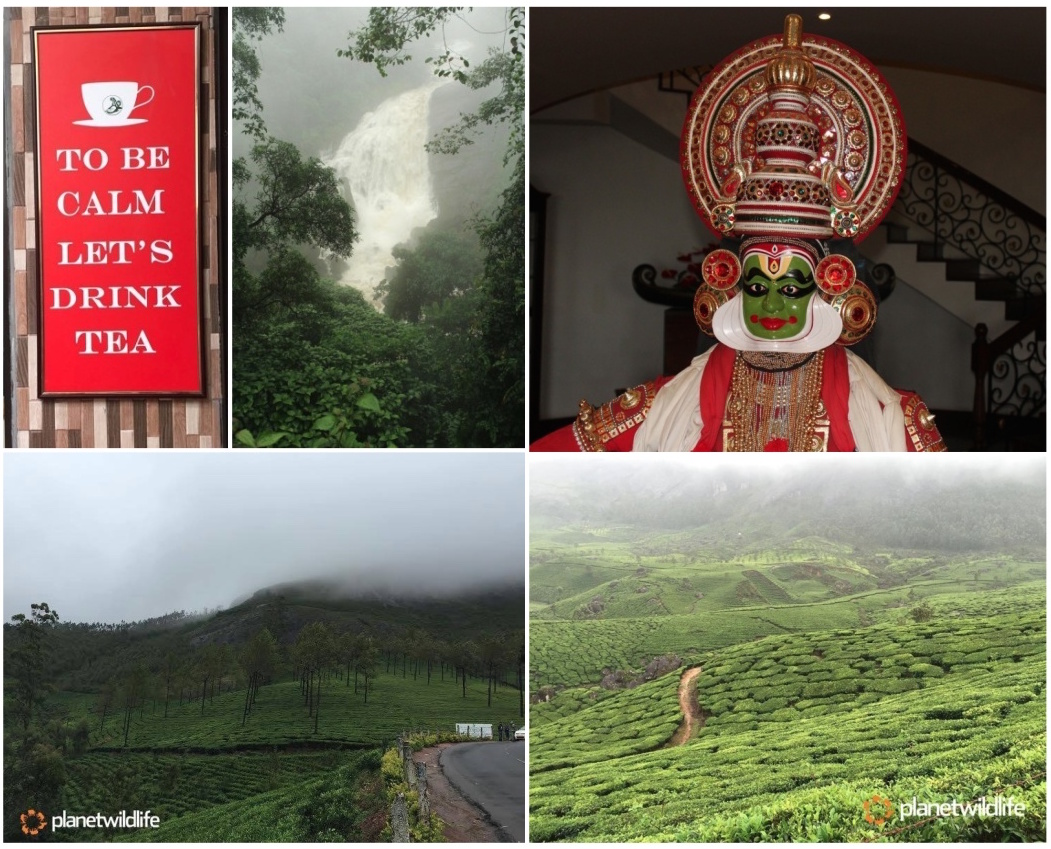 Munnar was already etched in my mind for its stunning vistas crafted in green carpets of tea gardens. Sprawling tea plantations, picture-book towns, winding lanes and holiday facilities make Munnar a popular resort town. Munnar has a legacy of its own when it comes to the origin and evolution of tea plantations. We visited the Tea Museum which showcases some of the exquisite and interesting aspects of tea plantations in Kerala’s. This Museum houses curios, photographs and machinery; all of which have a story to tell on the origins and growth of tea plantations in Munnar. Another place of interest is the Mattupetty Lake and Dam situated at a distance of 11 kms from Munnar town. For animal lovers, one of the main attractions near Munnar is the Eravikulam National Park. This park is famous for its endangered inhabitant - the Nilgiri Tahr. This park is also home to several species of rare butterflies, animals and birds. A great place for trekking, the park offers a magnificent view of the tea plantations.

After two days of staying in heaven, it was time to move on down south to explore the southern parts of Kerala. The next hour or so went on driving through the narrow single lanes with morning traffic.

Our next destination was Kumarakom, one of the most popular tourist centers in the state, with a large network of inland canals. The backwaters are a unique network of waterways connecting many cities and towns in Kerala. Located close to Vembanad Lake, where shimmering waters of canals crisscross, lies Coconut Lagoon, accessible only by boat - Our stay for the next two days.

The coconut trees alongside the canals created the perfect frame captured long back in my mind as the undisputed image of Kerala. As we stepped off the boat, at the reception desk, we were greeted with a reviving coconut water. This renowned heritage property has distinctive architecture featuring mansions, some of which are nearly 150 years old, transplanted here timber by timber and restored with care. Coconut Lagoon Kumarakom takes pride in its commitment to preserve ecology, community and culture.

We stayed here in a beautiful Heritage Bungalow, decorated uniquely with locally-sourced furnishings. The food here had the local flavour, brimming with authenticity reminiscent of Kerala "home food”.  You can also canoe across the canals, or stay in and try your hand at coconut husking or Kalaripayattu (Kerala Martial Art) - It is said that Buddhist monks took this idea to China which later developed into “Kungfu". After all the fun filled activities it was time for us to indulge in some Spa treatment at the Resort’s Ayurvedic Centre.

Next day, we went on an early morning birdwatching walk with the in-house naturalist. Kumarakom is a haven for wetland birds some of which are migratory and come all the way from Siberia.  In time for lunch, we boarded the over night two bedroom houseboat, also called Kettuvallams in the local language.  The hosts were very courteous and homely, and the food provided was delicious with fresh water fish and other curries to go along. After a while, we landed in the vastness of the longest lake in India, the Vembanad Lake. The moving clouds on the sky meeting the lake in horizon, created an astonishing sight leaving us spellbound for quite some time. Late evening, the boat was parked up in the backwater. So silent was the stay, that one could hear sounds of silent breeze and ripple in the water. 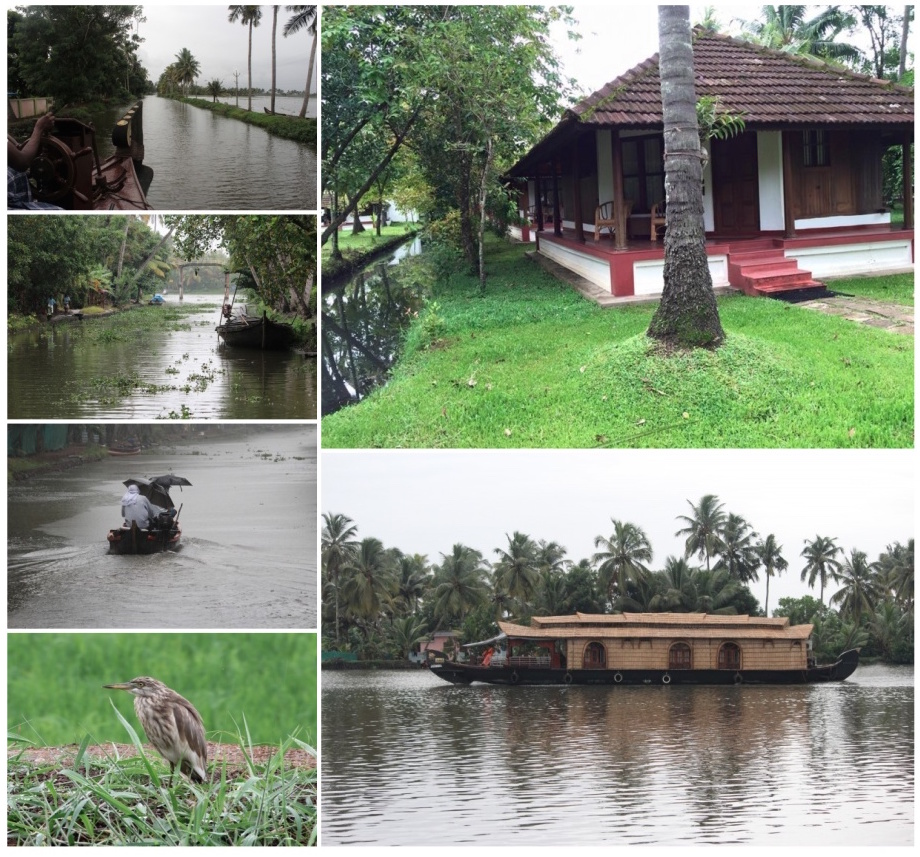 Alleppey to Thiruvananthapuram (via Varkala) - 150 km

Sunrise amidst coconut trees and the beautiful Vembanad lake was a spectacular sight. After breakfast in the lap of nature, it was time to disembark at Alleppey, another backwater town on the opposite side of Kumarakom. As we drove to Thiruvananthapuram, we took a slight deviation of 15 km and stopped at Varkala, famous for its beach. Varkala, a calm and quiet hamlet, lies on the outskirts of Thiruvananthapuram district. It has several places of tourist interests like a beautiful beach, a 2000-year-old Vishnu Temple and the Ashramam - Sivagiri Mutt a little distance from the beach.

After spending a couple of hours in this quaint town we continued to Thiruvananthapuram, the capital of Kerala, which literally translates into the "abode of Lord Anantha". We visited The Sri Padmanabhaswamy Temple, in the heart of the city which is devoted to the deity Lord Anantha. The temple was built by King Marthanda Varma of the Travancore Royal family. The temple Deity is a reclining 18-foot long idol. Some well-known scholars and historians have expressed the view that this Temple was established over 5000 years ago. In July 2011, this temple captured world headlines when vast wealth was discovered in its vaults, catapulting it to the position of the world’s richest temple.

Thiruvananthapuram to Poovar (via Kovalam) - 35 km

After a well spent day in Thiruvananthapuram, we headed to Poovar. We drove past Kovalam, promising to come back to Kerala’s southernmost beach town. With palm-fringed white sand beaches and scantily clad men and women on their tropical-tan mission, Kovalam looked like Goa’s younger sibling and an icing on the cake for anyone visiting Kerala.

Our stay for the next two days, Poovar, is a beautiful town, habited by many species of birds. The sunset at Poovar beach is lovely, one of the best that I have seen till date. 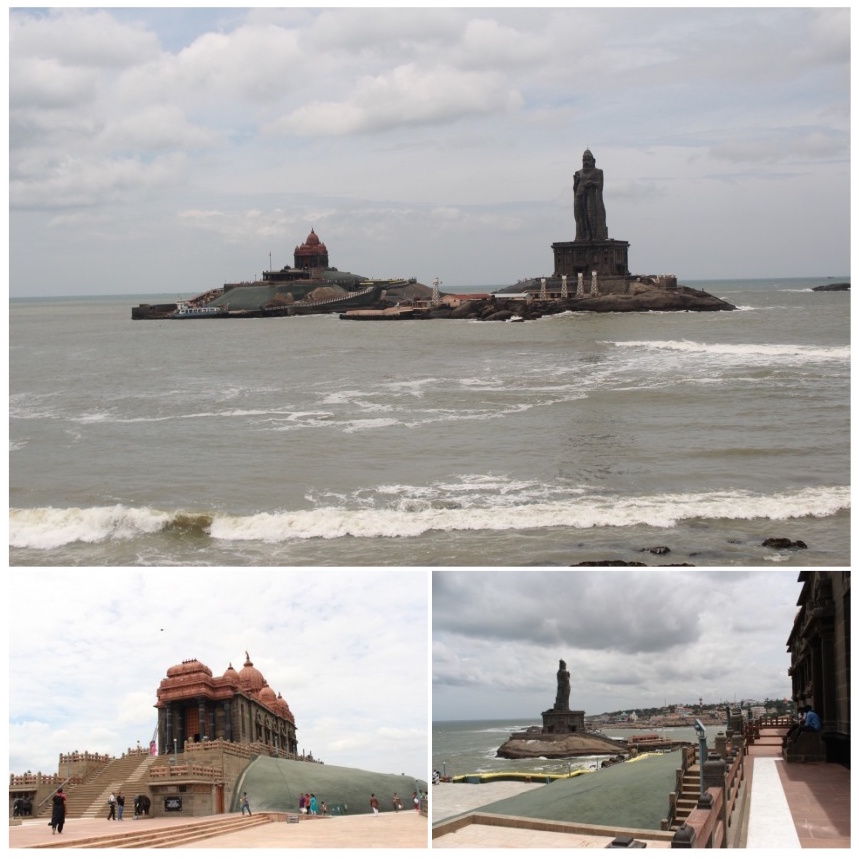 There was a sense of accomplishment on making it to the tip of the subcontinent. One can view the confluence of the Bay of Bengal, the Indian Ocean and the Arabian Sea. The Temple of the Virgin Sea Goddess, Swami Vivekananda's legacy and the 'Land's End' symbolism draw tourists to Kanyakumari. After a quick visit to the temple, we visited the Vivekananda Rock Memorial on a very crowded ferry- the ride was quite an adventure. It is said that Swami Vivekananda attained enlightenment on this rock. The memorial is situated on top of a rock at a distance of around 500m from the mainland. The best part of this memorial is the meditation centre, which requests visitors to maintain pin drop silence inside. After sunset at this confluence, we headed back to Poovar.

A fond adieu to God’s own country

On our last day, Kerala was fading away as we drove to Thiruvananthapuram airport, closest airport to Poovar. My family trip to Kerala was an exotic and enthralling one. It’s the perfect destination for people who love nature, food and spa.

Inspired to travel to Kerala with us? Consider our Kerala Tours or contact our Destination Specialist, Parveez at travel@planetwildlife.com for a competitively priced custom tour.