The name ‘Irina’ is derived from the Greek word for ‘peace’ and I am not entirely sure why they chose to call a cyclone by that name! This unseasonal storm was brewing off the coast of Madagascar and was to hit the South African coast in a couple of days and the guys at the Jo’burg airport shook their heads thoughtfully and said we were quite unlucky as the rain could last for days when a storm hit the usually beautiful KwaZulu-Natal province! As we landed in Durban, I expected to see dark clouds in the horizon but the skies seemed clear enough and there was definitely no hint of the storm. I pegged it to being ‘the calm before the storm’ and was praying that it wouldn’t rain while we were driving on our way to Mabibi, which is a 5-hour drive from Durban. 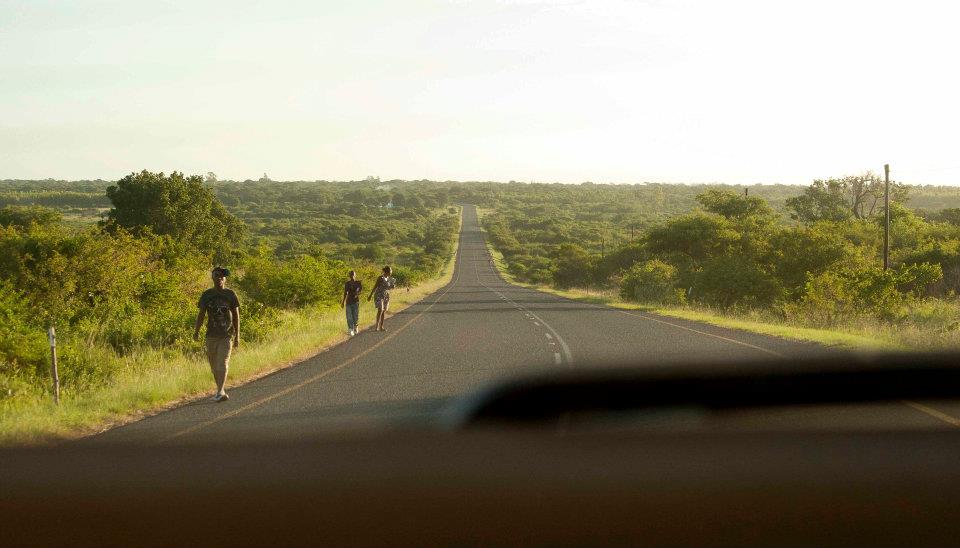 This was my second time in South Africa, the first time I had visited Cape Town and the Winelands around the city and the landscape of KZN was strikingly different from that of the Western Cape. In some ways the landscape was typically African – vast expanses of land, untamed meadows and the gently rolling hills but it had its own unique edge with the sugarcane fields and the eucalyptus forests on both sides of the road. The sun set that evening was brilliant with the sky turning into a hue of deep magenta and I took this as a good omen. It was quite late and daylight was fading by the time we reached Mabibi. We parked the car at Coastal Cashews Farm and got into a 4x4 that was to take us to Thonga Beach Lodge. The drive to Thonga was an experience in itself – it was pitch dark and other than the moonlight, the only light was from the headlamps of our vehicle. The night sky was strewn with stars and for us city-dwelling folks, this was indeed a treat in itself…we could smell and hear the ocean but couldn’t see it because it was way too late in the night! Had I been any less tired, I would have gone for a walk on the beach but the jetlag finally caught up.

I am not usually the one for hyperbole, but the sound of the waves really did wake me up the next morning. The sound was so loud that I initially thought our cottage must be right by the beach and I drew curtains just to see a thick mangrove around us. My next thought was that my stint with good luck had ended and the storm had finally hit! As I stepped out, the sun seemed to be shining and instructor at the dive centre asked us if we would like to join a group going to snorkel at the reefs near the beach. We snorkeled for a while but settled down at the rock pool by the beach, as the sea was getting quite rough. We sat for hours, chatting with the others staying at the lodge, hearing about how their holiday to South Africa had been till then and our diving instructor Clive, was telling us all these interesting anecdotes about diving in this part of the Indian Ocean. 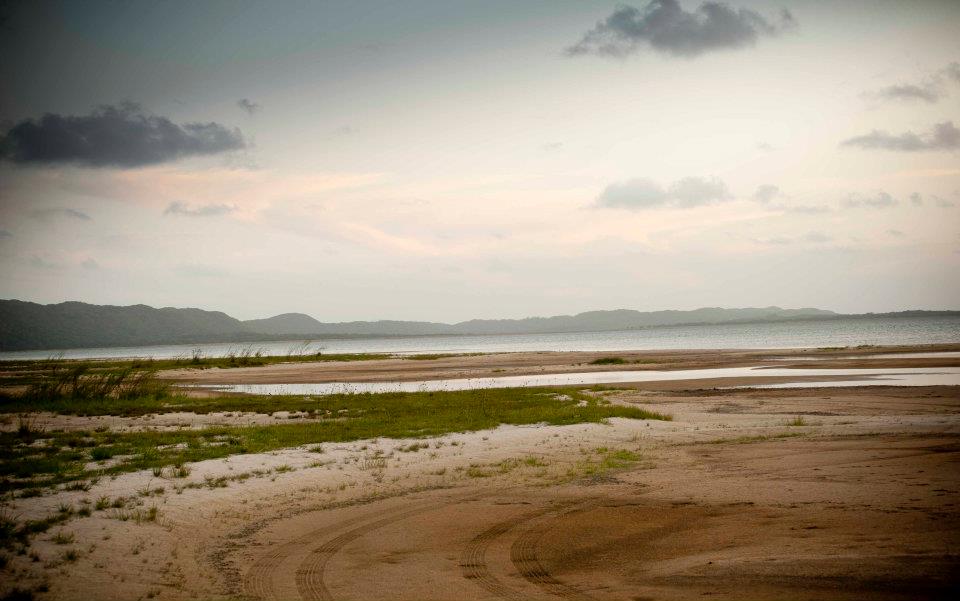 About 8 of us set out for a boat ride in the ocean led by Clive, our diving instructor and his wife Donna, who is also a qualified diver. After a tough launch, our inflatable rubber boat was beyond the waves and we had a few hours to relax, snorkel and swim. As I jumped off the boat to swim, Donna signaled to us to swim towards her as she had spotted a pod of dolphins. As I swam closer to her, we were surrounded by at least 6 -10 dolphins and they were as fascinated by us as we were with them. They kept swimming around us, coming up to the surface and circling each other and doing a sort of dance. I am not sure whether it was the fact that I was underwater or if it was the snorkeling gear that makes you feel like you are measuring every breath you take or if it was the swell of the ocean that morning or if it was the excitement of swimming with the dolphins in the open sea…the moment had its quietness and it’s something I will always remember…storm or no storm, this one experience made my trip worth everything! In the next couple of days, the rain came in sporadic bouts and we lazed around at the beach, spent time at the lodge’s library, which has a fantastic view of the sea and went for sundowners at Lake Sibaya.

Thonga Beach is supposed to be among the top ten dive destinations in the world and it is just a small piece of paradise. I haven’t seen such unspoilt wilderness, that too right by the coast, and the lodge is secluded and blends in beautifully with the surroundings. The ocean here is not still like the seas of South East Asia, it is not rocky & rough like the Arabian Sea, the waves don’t bring with them a lot of sand like those in the Bay of Bengal…the sea is warm and inviting and just so many different shades of blue! As we were checking out, I think it would suffice to say I loved everyone moment I spent at Thonga. 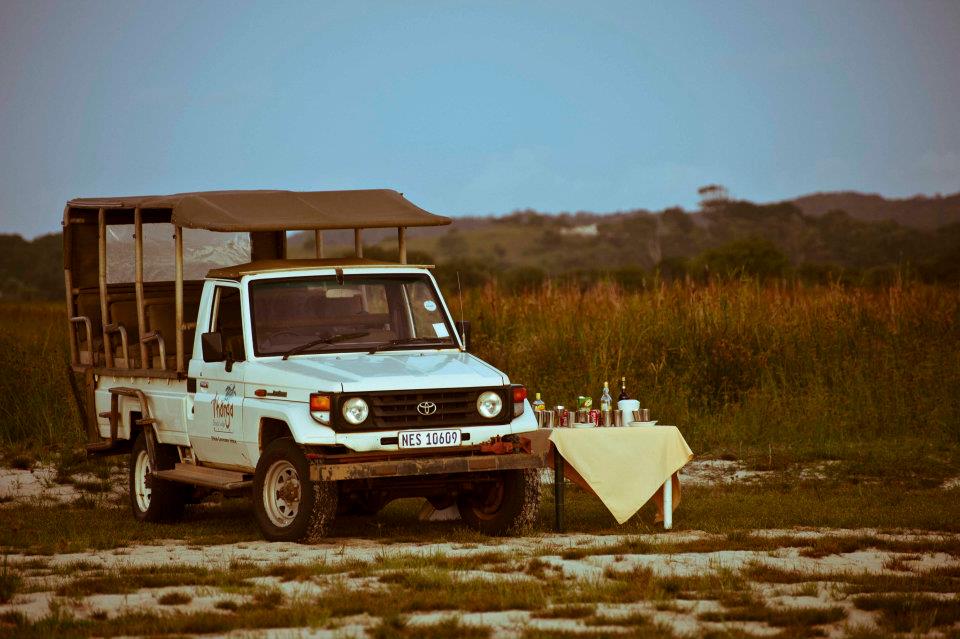 Our next destination was Phinda Game Reserve – a private game reserve spanning over 23,000 hectares and home to Africa’s Big 5. As a game reserve that is focused on conservation, Phinda is a huge success story – the cheetah was reintroduced to the area after an absence of 50 years and today this reserve is considered to be one of the best places to spot this cat. Another feather in the cap for Phinda is the conservation of white & the endangered black rhinos, which seem to be thriving here.

It started to pour as we drove down from the Coastal Cashews Farm to Phinda Mountain Lodge, which is set among the ancient Ubombo mountain range. To be honest, the rain had its advantages – the landscape looked scrubbed and green, the rain clouds created dramatic backdrops to the photographs, it brought the leopard tortoises out of hiding…so on and so forth. The game drives were fun and our ranger – Richard, and tracker – Do, were great safari hosts – they would identify bird calls, read animal tracks and tell us interesting stories about their jobs and conservation efforts undertaken at Phinda.

On the second morning in Phinda, we had a game drive in the rain, wearing our ponchos and hiding our cameras under them. We got to see 3 of the Big 5 – lions, elephants and the black rhino. We also saw other animals like cheetahs, white rhinos, water bucks, hippos and birds like African spoon bills, white faced ducks etc. Nyalas and warthogs roamed freely on the grounds of the lodge. 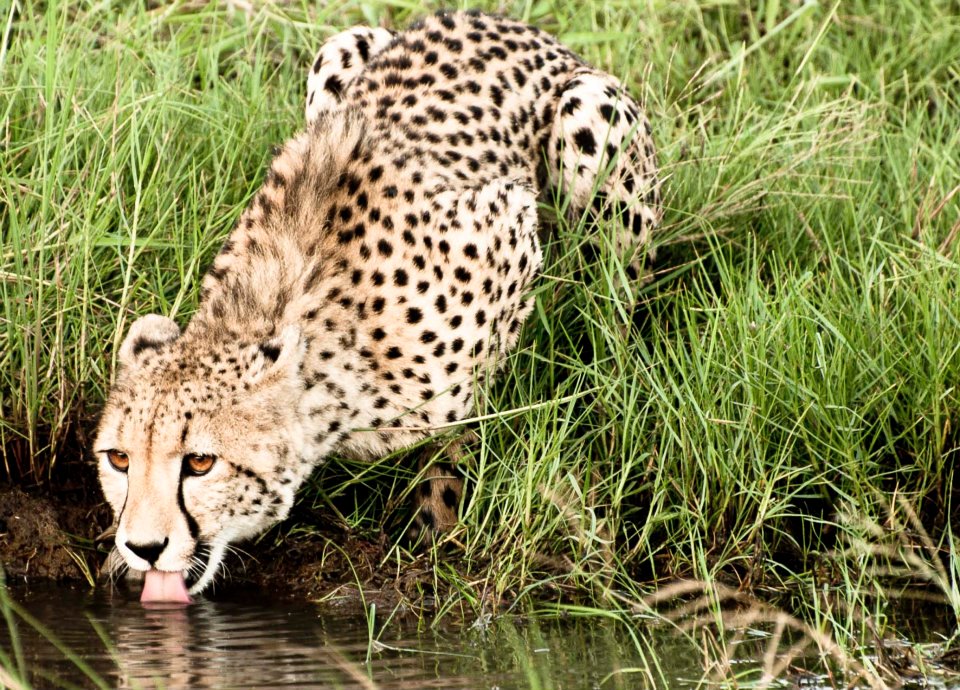 The wildlife of course, was the highlight of the trip but the next best thing about our stay in Phinda would be the effortless camaraderie that seemed to be there among everyone at the lodge – the guests, the safari hosts, the wildlife rangers, the chefs, housekeeping staff, etc. We met a Swiss family that holidays every year in Africa and always stays at the Mountain Lodge for at least a few days and this time they were planning to drive up to Mozambique but ‘Irina’ seemed to have cast some doubts on their plans and then there was the big French family get together – they were absolute entertainment at meal times! Our evening meals were arranged in the bush and we shared tables with other guests and conversations would range over topics like culture, politics, our jobs back home etc. We usually got asked questions about India, the customs, how we met, if we had a traditional Indian wedding and how many days it lasted! Jacque, who was a South African of French origin was telling us about his trip to Tirupur in South India – and he had the most hilarious things to say about Indian cooking, the auto-rickshaws, the traffic and people apparently started to call him “Jagdish” as Jacque was getting difficult to pronounce and he said he did not mind it at all.  After a point it just felt like we were traveling with a bunch of people we already knew!   Like all good things, good holidays also come to an end. We packed our bags and were ready to leave Phinda and headed to Durban. The rain came down in torrents and it almost seemed like it had waited for me to see the beautiful KwaZulu Natal province to my heart’s content before unleashing itself. Irina wasn’t so impatient after all!

Inspired to travel to South Africa with us? Check out the following trips: