In continuation with last week’s blog post, we have five photography tips from Mytri Indukuru, Director of PlanetWildlife India. Mytri is a professionally qualified photographer and has shot at many different locations across the world. Here are some of her best tips for capturing that perfect shot:

Tip 1: To get a steady shot in fading light, open up the aperture and pump up the ISO.
Evening safaris are very exciting with increased predator activity and nocturnal animals but fading light often becomes a challenge for photographers and it is quite hard to get a sharp image, especially while you are driving around.

Given that using flash is never an option on safaris as it tends to agitate animals (and also because I don’t like it in most cases), the best option is to pump up the ISO after opening up the aperture to the widest possible with the lens you are using. Most of the new DSLRs (digital SLRs), especially the high end ones, can produce grain-free images even at a very high ISO level. I find that a little amount of grain can actually produce an interesting visual in many cases. 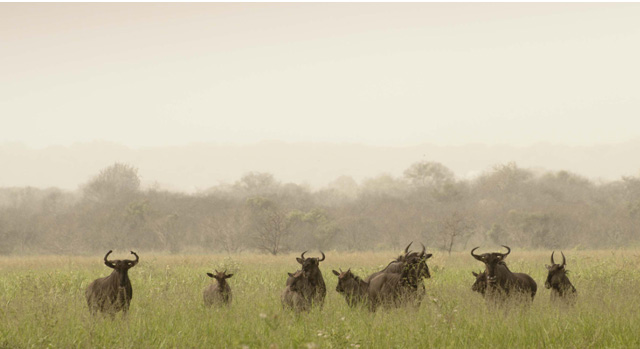 Explanation of Image: This image of wildebeests was taken in the late evening, at least an hour and a half after sunset at Phinda Game Reserve in South Afrcia. The high ISO has produced some grain on the image and this combined with the mist in the air creates an interesting colour tone through the entire image. 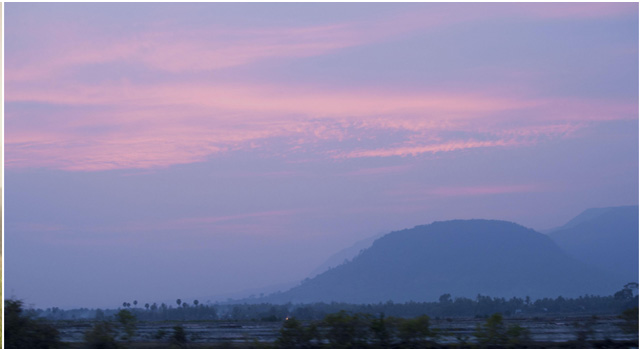 Explanation of Image: My family and I were driving south from Phnom Penh in Cambodia towards the coastal town of Kep when we stopped en route near a lake and decided to take a cruise in a fishing boat. By the time we were on our way back to the mainland, the light had faded. I got this image while we were on a boat—the ISO had to be high (800), but not too high as that would fade the mellow colours of the sky and the hills. In this picture the shutter speed was slow (hence the blurring effect on the water), aperture the widest possible on the lens.

Tip 2: Don’t leave your camera behind on a cloudy day.
Clouds add a lot of drama to an image, especially when you can balance the exposure for the sky and the subject. Good light is very important to get good pictures. There are many notions on what is good light and what is unsuitable for photography. Cloudy days are often considered unsuitable for photography as they produce dull images that lack contrast. My experience has been completely contrary to that. For me, clouds make the skies dramatic and create great photo ops, especially if you like shooting landscapes.

Explanation of Image: This picture was taken at the Ngorongoro Crater, Tanzania. The day we arrived, there was huge cloud cover over the crater and it was drizzling the entire day. The sky would clear up momentarily and get covered up soon after. As we left the crater and started our ascent towards the lodge, the sky cleared up a little bit allowing the light to filter through in patches. This happens to be one of my favourite pictures of my trip to Tanzania.

Tip 3: Don’t miss the Golden Hour
Golden Hour is the first and last hour of sunlight during the day and is perhaps the best time to click landscapes. The light is soft and radiant, and the sun’s angle across the horizon produces longer shadows. 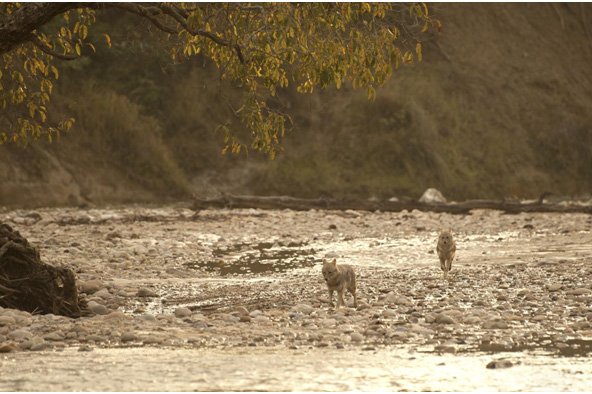 Explanation of Image: This picture was taken at the Bijrani ranges of Jim Corbett National Park in India. Jackals are nocturnal, social hunters, which means they usually hunt the evenings. Just as we were exiting the park, we saw this pair cross the Ramganga River. At around 6:30 PM, there was this golden hue to the light and soft highlights on the water.

Tip 4: Depth of field when shooting groups/herds of animals.
When taking photos of a herd of animals, using a shallow depth of field is often effective. 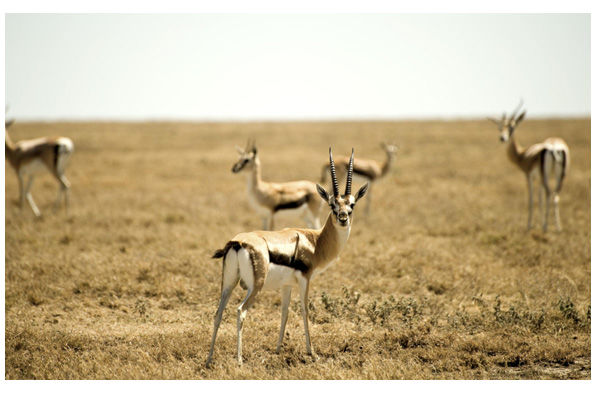 Thompson’s gazelles in the Serengeti in Kenya. Image © Mytri Indukuru

Explanation of Image: This picture was taken in Serengeti in Tanzania, where the Thompson’s gazelles are extremely flighty and easily distracted. Luckily for me, the one in the foreground was facing the camera and the ones in the background were all looking elsewhere. 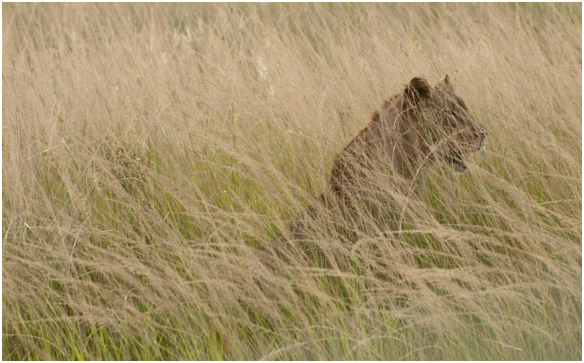 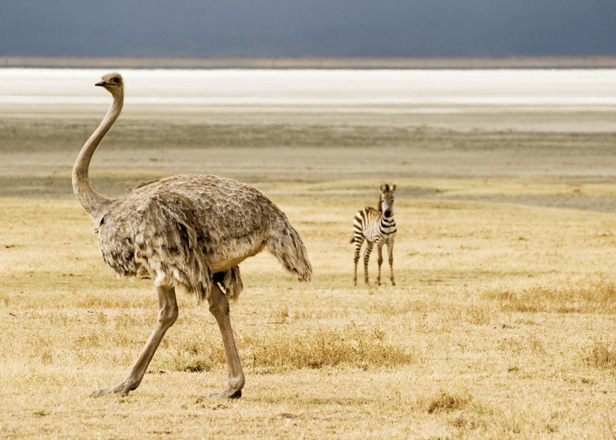 Explanation of Images: This picture of the lion is made more beautiful by the tall grass of Phinda Game Reserve. Since photography is two dimensional, experiments with scale can produce interesting effect like the picture of the ostrich and the zebra at Ngorongoro Crater. Photographing reflections is a cliché but still a favourite of mine, especially when the subjects are as graphic as the zebras above.

Favourite Photography Location: I don’t have a favourite as of now. I photograph when I travel and absolutely enjoy it. I have always managed to find interesting subjects to photograph and great memories to live with.